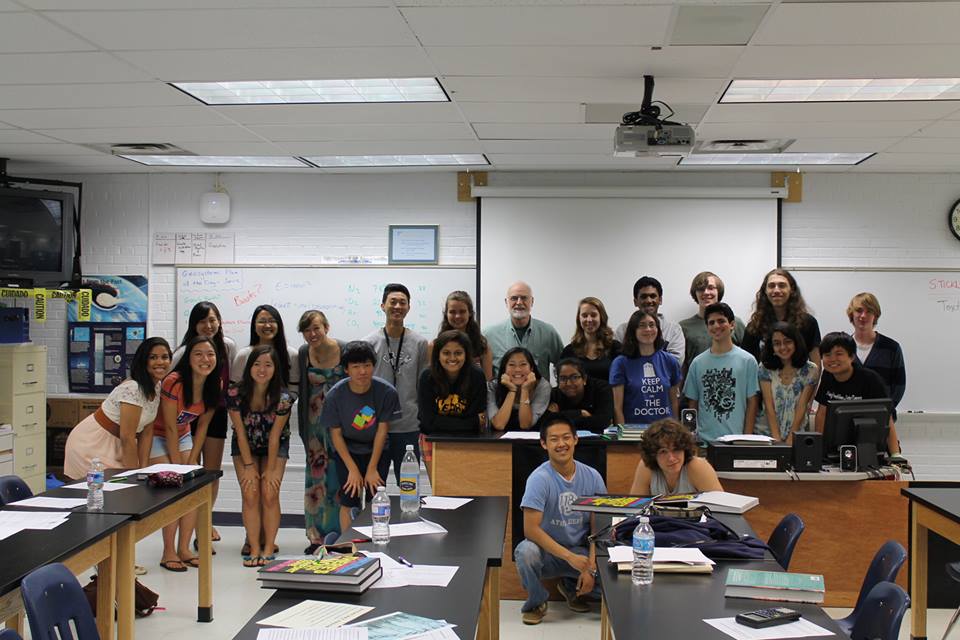 After 10 years of teaching Geosystems and the occasional physics course at Jefferson, Jim Jarvis will retire at the end of the year. Jarvis also acted as science and technology division manager for four and one half years.

“I taught, commanded and led 2,500 soldiers, and last year I taught my 2,500th high school student, so it’s time for a change,” Jarvis said.

Jarvis will continue hiking and skiing with his wife, while collecting samples from volcanic Mount Etna in Sicily, Italy and writing an architectural engineering book.  The book will be written with the best man from Jarvis’ wedding and will address the infrastructure deficits in the U.S.

“We have almost no architects nor civil engineers studying what happens to their stuff after a lifetime, let alone a century or two,” Jarvis said.

Jarvis is well known among students for his photographs of locations all over the world which he acquired through his extensive trips abroad.

“Mr. Jarvis was such a wonderful teacher. It seemed like he knew a little bit about everything and, more impressively, he has traveled to every corner of the Earth and taken a spectacular picture of it,” senior Ghazal Rashidi said. “He really made Geosystems exciting and fun, and always had the best jokes. It was a pleasure being his student.”