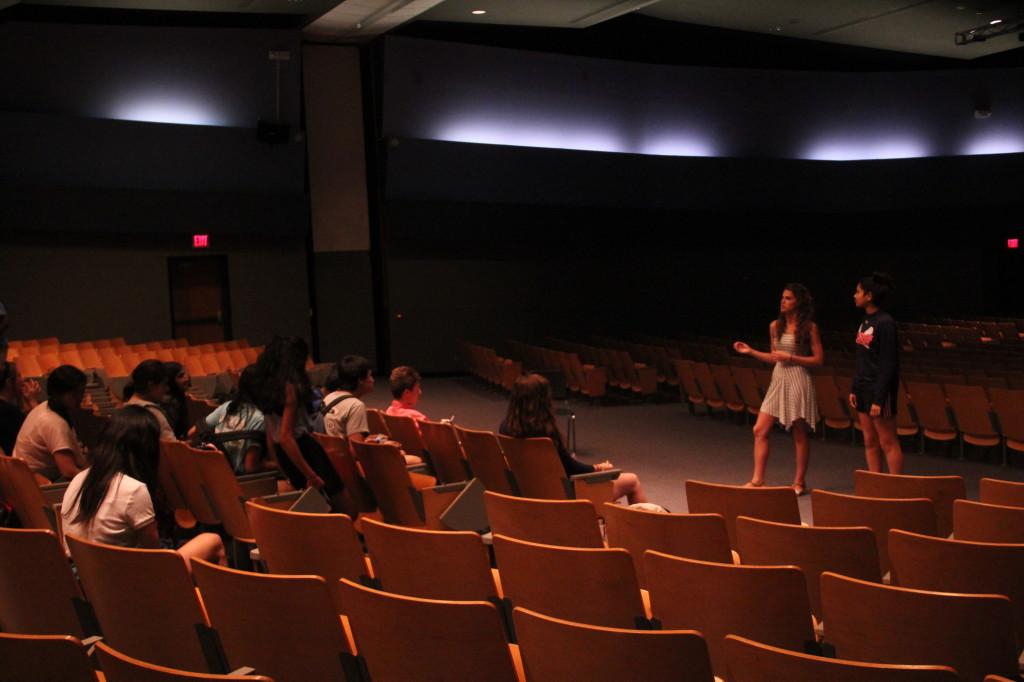 Throughout this and next week, students at Jefferson are gathering each day in the auditorium for orientation to the Big Sibling (BigSib) and Little Sibling (LittleSib) program. These “boot camps” are mandatory for all BigSibs who will be part of the program to welcome incoming freshman over the summer and next year.

“There’s a lot of pressure when we get to TJ. My BigSib helped me to get through the drama and reassure me about grades this year,” freshman Vanya Vojvodic said.

The coordinators of the program for the upcoming year are juniors Amy Kim, Care Shoaibi and Suddy Sririam as well as sophomores Caroline Culberson, Rhea Sharma and Sreya Atluri. This year, the BigSib coordinators received over 550 applications from freshman, sophomores and juniors, however, only 213 students were chosen.

“This is my first year as a BigSib. I’m excited because I’ve really wanted to do it for a long time. It’s fun to talk to about TJ with incoming freshman,” junior Linda Lay said.

One newer feature that is being advertised in the program is the ability of BigSibs to request which LittleSibs they are paired with.

“We had that feature last year, but not a lot of people used it. It’s a way for people to help not only their younger actual siblings but friends of their younger siblings as well. It makes the transition to TJ easier,” Shoaibi said.