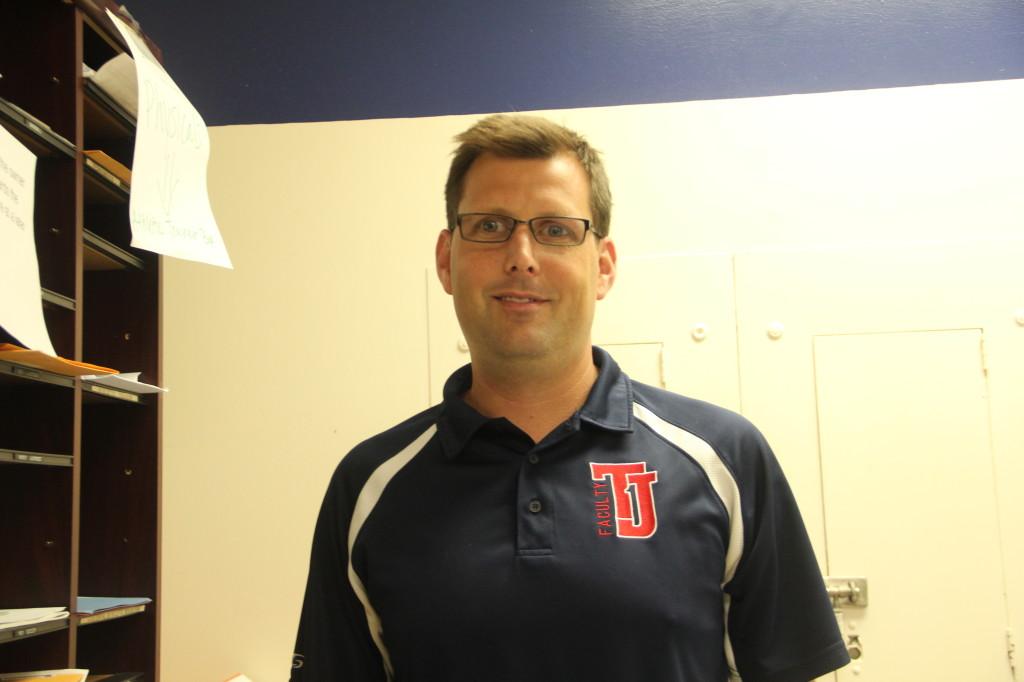 The Virginia High School League (VHSL) announced Jefferson as the winner of the 2013 Wells Fargo Cup for academics in Group AAA, a first for the school.

“This is the first time in school history that we’ve gotten the Wells Fargo Cup. I think a large portion of that had to do with our success in forensics and debate, but what really put us over the edge this year was creative writing,” said Shawn DeRose, director of student activities.

The cup, formerly named the Wachovia Cup, is given out based on awards in academic VHSL competitions. These categories include scholastic bowl, creative writing, theater, forensics, debate, drama, newspaper, yearbook and literary magazine. Points are given to high schools based on a pre-determined system.  The winner of the cup is the high school with the most points overall.

Jefferson received maximum points for two of its publications, tjTODAY and Techniques. It also took first in state for its creative writing portfolio and for winning this year’s Scholastic Bowl competition.

“The students who are passionate about their extracurriculars are going to make them a priority. This year, it was the perfect storm of everyone really excelling,” English teacher and yearbook adviser Erinn Harris said.

The second place award for 2013 went to Chantilly High School. Chantilly has won the award 10 times in the past. Other Fairfax County schools that placed in the top 10 this year included Marshall, Oakton and South Lakes high schools. Jefferson won the competition with 257.5 points, with Chantilly at an accumulated 205.

“I think that eighth period is a dedicated time for our students to be involved in a club or activity that they have a passion for, but to be successful at this high level, it’s not just limited to eighth period. If you’re going to win the state championship, it’s something you’re going to have to practice a lot for,” DeRose said.

This year, the areas in which Jefferson accrued the most points were creative writing, scholastic bowl, debate, forensics, yearbook and newspaper categories.

“The students are terrific, and I think we have some terrific sponsors and coaches. We’re got some great kids coming back,” DeRose said. “Big things are expected for next year.”