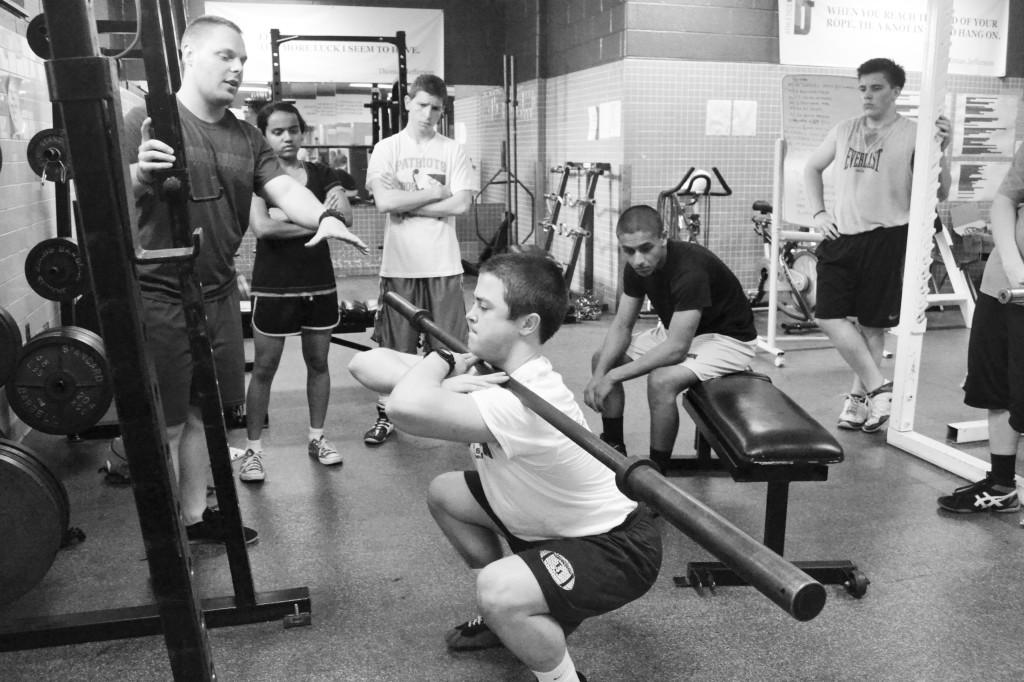 When entering the narrow hallway leading to the boys’ locker room and the Athletic Trainer’s office, the sound of blaring music and clanking of heavy metal can be heard coming from the weight room.This scene occurs every Monday, Tuesday and Thursday after school, when the newly-formed Jefferson powerlifting team meets to train for their upcoming competition on June 8.

“The purpose of powerlifting is to build muscle. Many athletes do it to train for other sports, like wrestling.” junior Ben Stoyen said.

In powerlifting, people compete in three lifts, the squat, deadlift and bench press. It is often confused with Olympic weight lifting, which consists of two disciplines, the snatch and the clean and jerk.

In competition, athletes have three attempts at each lift to lift the maximal amount of weight possible for one repetition. Their best numbers are totaled up and placed against other competitors in their age bracket, gender and weight class. Athletes can receive awards for the largest total as well as the best individual lifts in each weight class.

This is the first year for the powerlifting team, and three out of the 12 participating students are female. Because there are no female powerlifting records for Jefferson, they will be able to set them at the upcoming American Challenge competition in Charlottesville.

“It’s definitely different being a girl on the team,” freshman Emily Hutcheson said. “The reactions I get when people find out I lift are interesting, at the least. Most of them are shocked.”

The team was created by Health and Physical Education teacher Ryan Wood earlier this year. Wood has competed in the sport for four years now and thought that powerlifting would be a great opportunity for Jefferson students to better their physical strength.

“I’ve noticed that strength is becoming an endangered quality in both kids and adults,” Wood said. “I wanted to show people, especially young people, that being strong is something that should be achieved and can complement one’s intelligence.”

A regular practice starts with warm-ups consisting of basic stretches and light lifting. Then, athletes practice one of the three main lifts and also do different supplementary exercises to target weak points such as sticking points, weak muscle groups or more technique work.

“Powerlifting has taught me patience and that I can’t expect instant results,” Hutcheson said. “It’s a slow process, but it’s making me stronger physically and emotionally.”