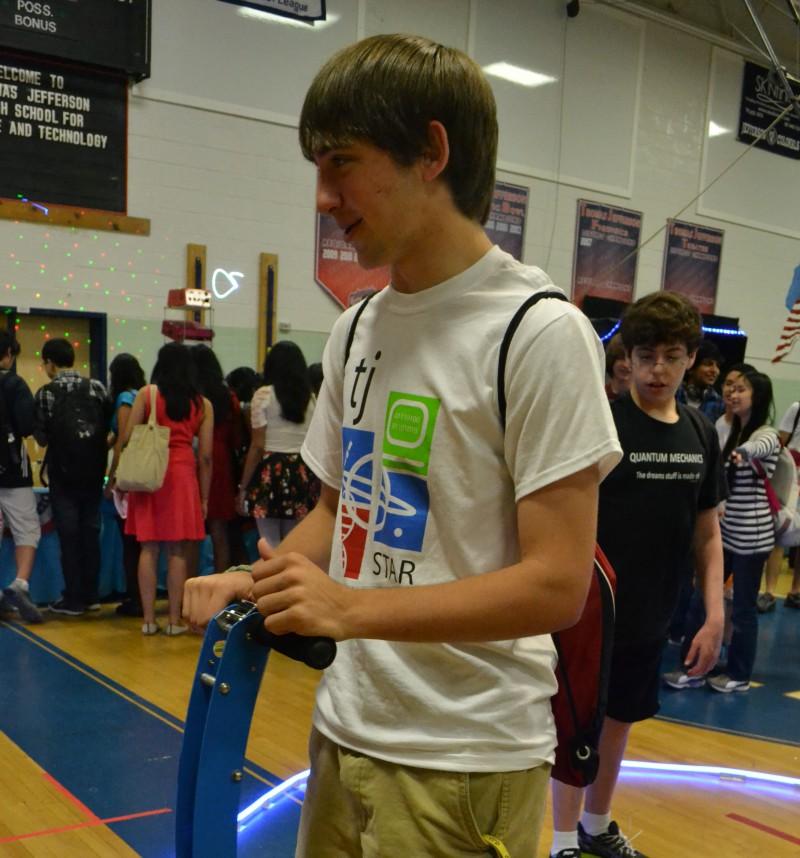 When junior Christine Mayuga walked into the gym for the Demos and Displays part of tjSTAR, she gravitated towards the Northrop Grumman booth, where she was shown a bubble graph and taught the different technologies being used in Mexico to locate counties with high levels of medical fraud.

Booths were set up in Gym 1, by companies and organizations such as Northrop Grumman, Raytheon and the United States Central Intelligence Agency. While many of the booths included presentations or charts, many of the booths were hands-on and had gadgets and robots for students, such as a segway-like machine that could be ridden around the gym.

“I learned that basic skills we learn in classes such as computer science have incredible real world applications, such as different technology for the armed forces,” freshman Shohini Gupta said.

Many companies also gave out free goody bags for students, and students could be seen playing with jelly yo-yos and toting around bags from NovelSmiles dentistry.

“There were a lot of activities, giveaways and demonstrations that were catered to students who are interested in science,” Mayuga said. “The technology that was introduced to us was extraordinary and I’m so glad I took the time to visit and understand all the displays.”