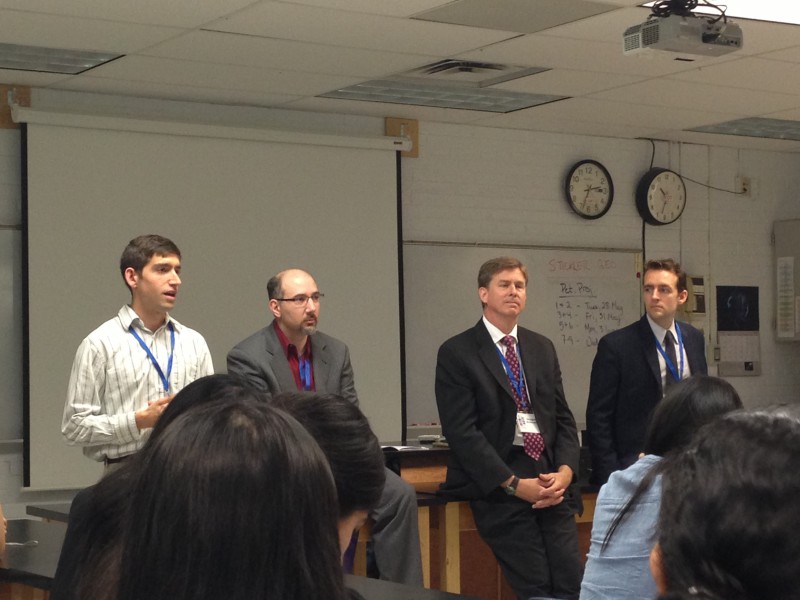 While tjSTAR is known for bringing together students to share what they have achieved throughout the year, it is also a chance for Jefferson alumni to come back and share their experiences since graduation.

At the “Words of Wisdom from TJ Alumni” panel, four speakers gave advice to students and held a question and answer session.

Speakers included Class of 1990 graduate Alexander Hoffman, who is the President of AleDev Consulting, Class of 1979 graduate Douglas McGovern, who is the Deputy Director of InnoVision at the National Geospatial-Intelligence Agency, Class of 2002 graduate Joe Munchak, who is a Research Associate at the NASA Goddard Space Flight Center, and Class of 1997 graduate Brendan Murray, who is an Attorney Advisor at the Federal Communications Commission.

The alumni began by talking about finding passions and trying different things and then answered questions about life in college, what it’s like being alumni, their biggest regrets and how to approach difficult course loads.

Senior Kevin Xu asked the panel what they thought were the biggest changes going from high school to college. In response, the alumni stressed the increased freedom and less structure given in college.