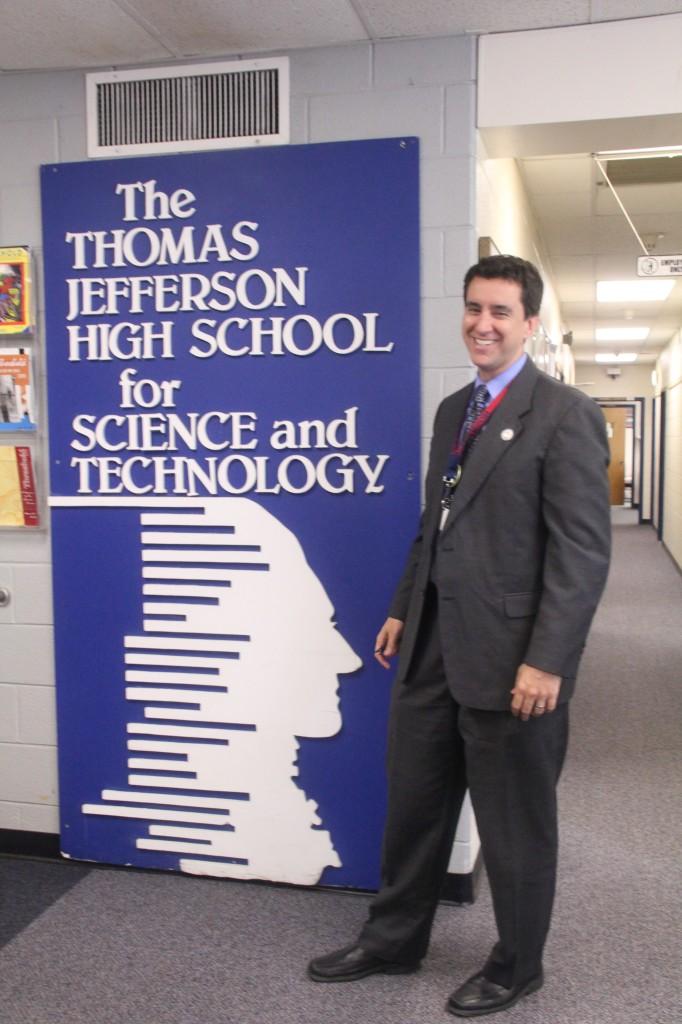 Earlier this month, Principal Evan Glazer was nominated for the Bruce Oliver Leadership Award by the Jefferson PTSA, whose current president is Celeste Fritzson. The nomination paid off and, this week, he was announced as one of the two recipients of 2013.

“The Bruce Oliver Award is for people who strive to build partnerships with their community. The work I try to do brings research opportunities through partnerships with universities, government and corporations. I also try to foster partnerships between TJ and the community so that students can give back to local schools,” Glazer said.

The leadership award was established by Fairfax County middle school Principal Bruce Oliver. Previously, Glazer had been nominated in 2010 by Mary McDowell and came out as a finalist. The award recognizes individuals whose leadership and dedication makes an exceptional contribution to their field of interest. The award is not limited to education, but also expands to include other forms of partnerships.

“It was a complete surprise, but I knew something was going on when my wife showed up,” Glazer said.

The awards ceremony took place at The Mason Inn Conference Center and Hotel at George Mason University on May 21.

“When you’re at a place as special as TJ, you have to promote the flow of learning experiences among partners so that more people beyond the student body can benefit,” Glazer said.