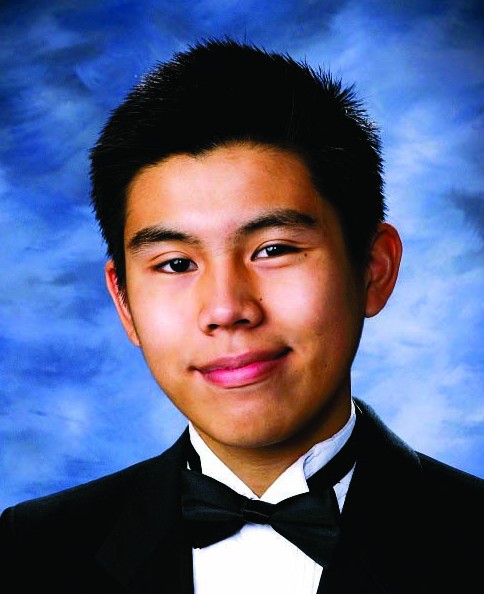 The more time senior Kevin Cao spent at the University of Virginia, the more he felt the pieces of the puzzle were finally falling into place. As Cao relaxed in a wicker rocking chair, chatting with a group of fourth-year Jefferson Scholars on the Lawn, something clicked. He felt as if at last he belonged.

Nearly a month later, Cao accepted the Jefferson Scholarship on April 19, confident he had made the right decision.

A prestigious organization that cultivates undergraduate leaders, scholars and citizens, U.Va.’s Jefferson Scholars Foundation provides its students with financial support and enrichment opportunities. Cao went through a strenuous and competitive selection process to become one of the 33 Jefferson Scholars in the Class of 2017.

Back in October, Cao submitted his preliminary application to the TJ Scholarship Committee, a diverse board of teachers. According to Career Center Specialist Laurie Kobick, “The committee narrowed down the applicants by looking for students with high GPAs and tremendous leadership and community service.”

After the scholarship committee interviewed the four finalists, Cao became one of Jefferson’s two nominees to move on to the regional selection process. Approximately 3,700 schools across the country and outside of the U.S. nominated one or two candidates.

The regional committee examined applicants from the Northern Virginia area, evaluating nominees on the three pillars of leadership, citizenship and scholarship.

“I like to think I integrated what they were looking for in my work with GIVE,” Cao said, referring to the nonprofit tutoring program he started in his freshman year. “GIVE combines the three pillars in that we encourage youth leadership and citizenship through civic engagement and social activism, and scholarship through promoting education.”

Two rounds of rigorous regional interviews followed in the winter, in which the selection committees “asked thought-provoking questions to test our ability to cope in stressful situations,” according to Cao. The interviewers also addressed Cao’s leadership and extracurricular activities.

The regional committee notified Cao of his status as one of three northern Virginia finalists in February. In late March, the 115 international finalists attended the Jefferson Scholar Selection Weekend at U.Va. They participated in seminars and panels led by university professors; took math, logic and writing exams; and learned about life as a Jefferson Scholar.

On March 25, Cao received his offer. However, he faced a difficult decision because he had also been admitted to several other coveted schools, including four Ivy League universities.

“I felt somewhat obligated to accept the scholarship because TJ nominated me from such a large pool of applicants,” Cao said. “But that stress was minimal compared to the immense amount of pressure I felt from my parents, family and friends to go to Harvard because of the name and prestige.”

According to Kobick, nominees from Jefferson usually make it to the second or third round. Cao, however, is the first senior from Jefferson to both obtain and accept the Jefferson Scholarship since Class of 2004 graduate Megan Dunning.

Although money did not factor into his final decision, Cao was put off by the other schools due to their grade deflation and lack of focus on undergraduate studies. He reconsidered U.Va. after he visited the campus during the finalist weekend.

“I met some of the most remarkable people, finalists and scholars alike. In the process, I fell in love with a school I had previously discounted and really felt like I was truly wanted and welcomed,” Cao said. “Above all, I knew I would be happy at U.Va.”

Cao intends to major in Global Development Studies. He does not have specific plans for graduate school yet.

“I’m most excited about the strong and tight-knit community that comes with the Jefferson Scholars program,” Cao said. “We also have the opportunity to create our own interdisciplinary major, which I hope to take advantage of to intertwine my diverse interests.”

(This article originally appeared in the May 17, 2013 print edition.)