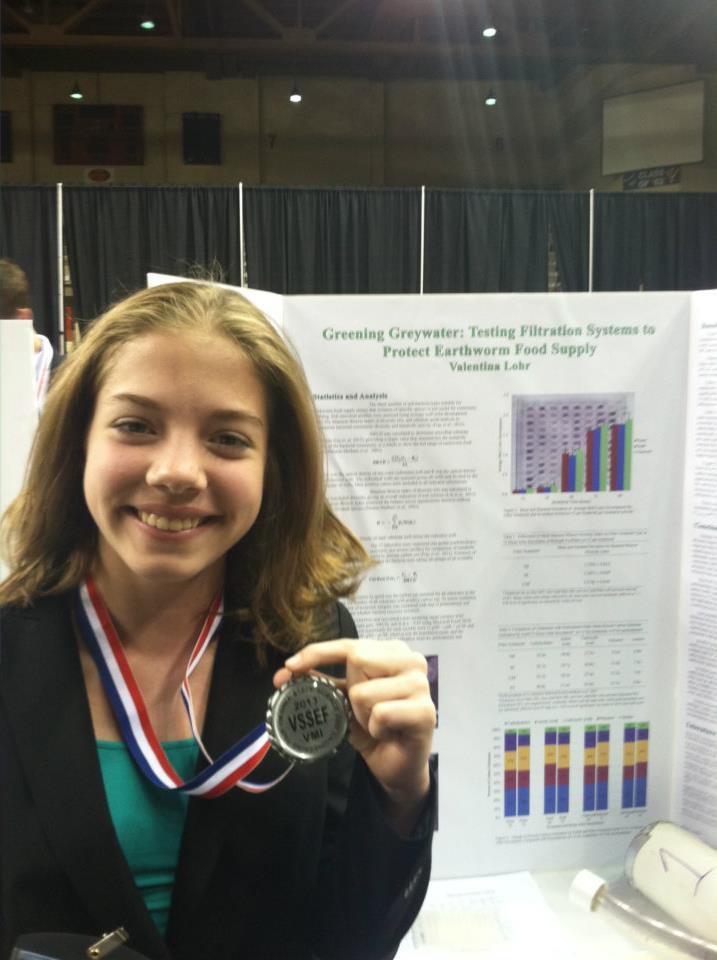 Freshman Valentina Lohr was selected as the Virginia representative to the 2013 U.S. National Competition for the Stockholm Junior Water Prize (SJWP).

The Stockholm Junior Water Prize is the world’s most prestigious youth award for a water-related science project. The winner of the U.S. competition, held in June, will move on to the international competition.

The purpose was to see how the filters prevented earthworms from gaining weight and from soil microbial communities forming after a greywater, or recycled wastewater, treatment.

Lohr got her idea for this project in middle school when she noticed that people were more concerned about greywaters’ affect on plants and not the soil environment.

“I like the SJWP competition because it’s all water-related projects,” Lohr said.