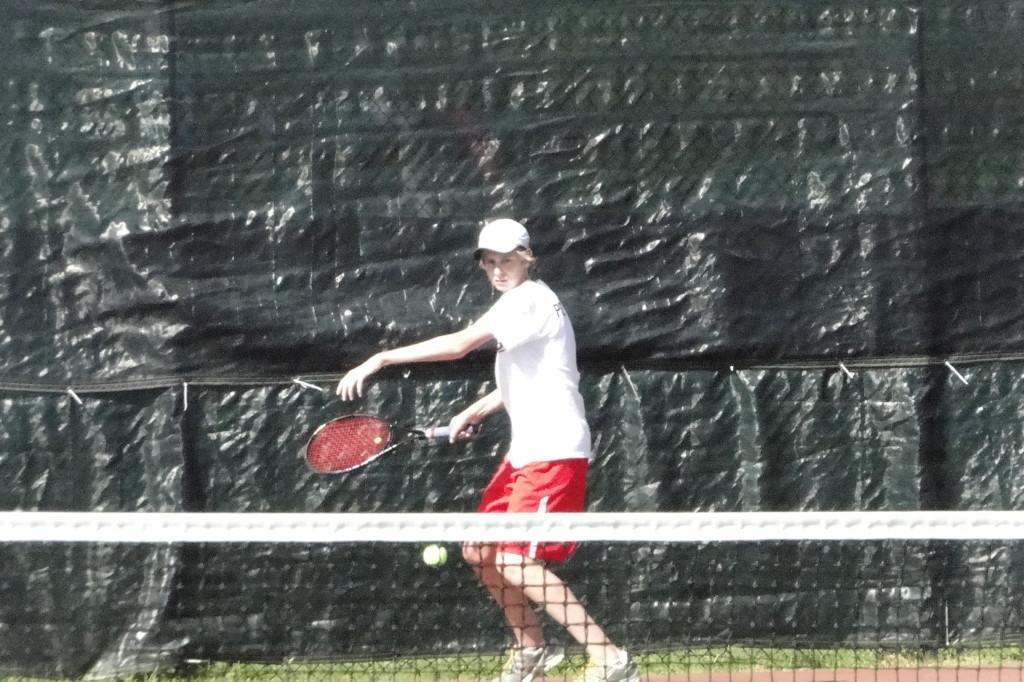 The Jefferson boys’ tennis team left the courts triumphant once again on May 1, after defeating Stonebridge 9-0 and finishing the regular season as Liberty District champions with a perfect 14-0 record.

“It’s been a great year and the team has been led by some seniors that returned to the team and an influx of new talented freshmen,” said head coach John Myers.

Even more impressive than their undefeated record, though, is the score of the Jefferson team’s wins.
The Colonials have only played one match this season in which they lost more than one individual match, which was an intense battle against the rival McLean team, which Jefferson won 5-4.

Overall, the total match score against all other teams this season has been 116-9, with the Colonials winning almost 93 percent of their matches.

The team has a lot of confidence going into this year’s postseason. They are in prime position to make a significant run at the Northern Virginia regional tournament and the Virginia state tournament.

“The team is pumped up for some very good competition,” Myers said.