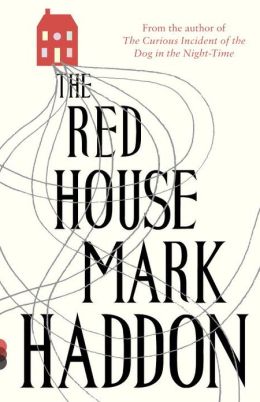 In the wake of death, no new life blooms. Or at least, not on the surface of Mark Haddon’s new novel, “The Red House.”

The novel’s plot centers around Richard, a wealthy doctor, inviting his estranged sister Angela for a vacation, but despite the ensuing tensions that are the focal point of the plot, by the end, it appears as if nothing has changed at all.

Haddon’s newest history of a dysfunctional family follows closely on the heels of the themes of, “The Curious Incident of the Dog in the Night-Time,” his best-seller from 2003. However, where “The Curious Incident” told the story through the eyes and voice of an autistic child, this novel takes a more conventional point-of-view.

“The Red House” begins with a family disaster: the death of Richard and Angela’s mother. Her demise tinges the rest of the novel with a darker tone and is a constant catalyst for the plot.

Over the week through alternating points of view, Haddon reveals each of the characters and their struggles in an artful collection of snippets of song lyrics, excerpts of letters and a fanfare of unresolved history.

Angela, mourning a still-born child, cannot comprehend the behavior of her children, and her unfaithful husband, Dominic, struggles with the fact that he is not able to support his family. Their children Alex, Daisy and Benjy struggle from everything from hormones to zealous religious devotion.

On the other hand, Richard attempts to please his new step-daughter, the vengeful and promiscuous Melissa, and his second wife Louisa. Though this mélange of viewpoints allows us insight into the characters’ minds, it doesn’t leave us room to sympathize with any of them.

By switching viewpoints and baring the grudges of each individual to us, Haddon makes any kind of preference among them a “lesser of all evils” kind of affiliation.

Another area where readers might think “The Red House” has failed would be in its lack of any ending at all. However, it is in that respect that “The Red House” succeeded completely. In painting a family portrait that doesn’t resolve itself just because the novel is over, Haddon again dips into an unparalleled sense of realism.

The story that Haddon weaves is not remarkable for its characters or for its plot, but for its power to provoke introspection. Despite its multitude of viewpoints, within the novel’s characters Haddon manages to find something to hook all of his readers enough to persuade them to still pay attention when the point of view switches.

Despite the lack of an ending, the conclusion of “The Red House” is surprisingly satisfying. Though there is little foreshadowing of the future of the family and no great changes in surface character relationship, there is a distinct difference between the mindset that you begin and finish the book with that makes the task of reading it well worth the lengthy investment.