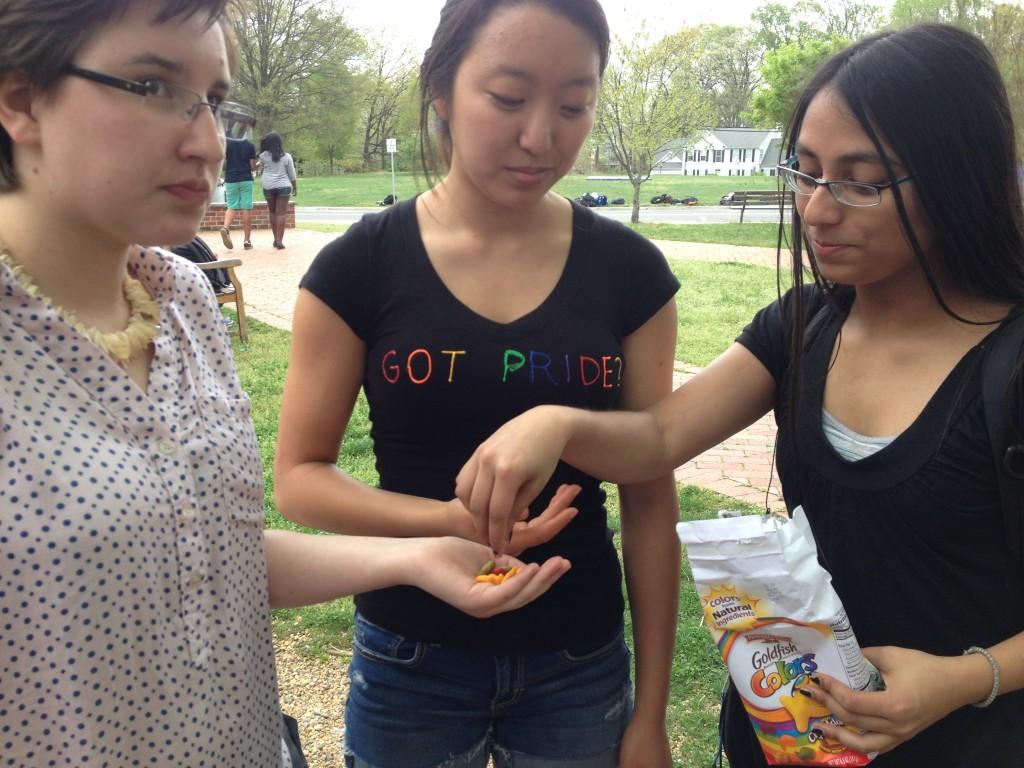 Many members of the Jefferson community participated in the National Day of Silence on April 19. The Day of Silence asks students nationwide to stay silent to make a point about the effect of anti-LGBT harassment in schools.

“I’ve been in GSA for almost three years. I’m against bullying in the first place, and the Day of Silence is a good cause. It feels good to do it,” senior Jennifer Wang said.

The Jefferson Day of Silence was promoted online as an event on Facebook. It took place from the start of school until the end of seventh period. During eighth period, the Gay Straight Alliance (GSA) held a Break the Silence party in the Millennium Courtyard.

“This is my second time doing Day of Silence. I think it helps to bring awareness to LGBT bullying,” said sophomore Alexina Haefner, vice president of GSA.

While it is not endorsed to remain silent in classroom situations during presentations or discussions, the GSA gave out Day of Silence cards that explain what the movement is about for participating students to carry with them throughout the day.

“A couple of my friends are in GSA. I’m head of Mock Trial club, and I know a lot about civil liberties and all that, and The Day of Silence makes a very good point about how we need to be able to express equally,” senior Kevin Xu said.