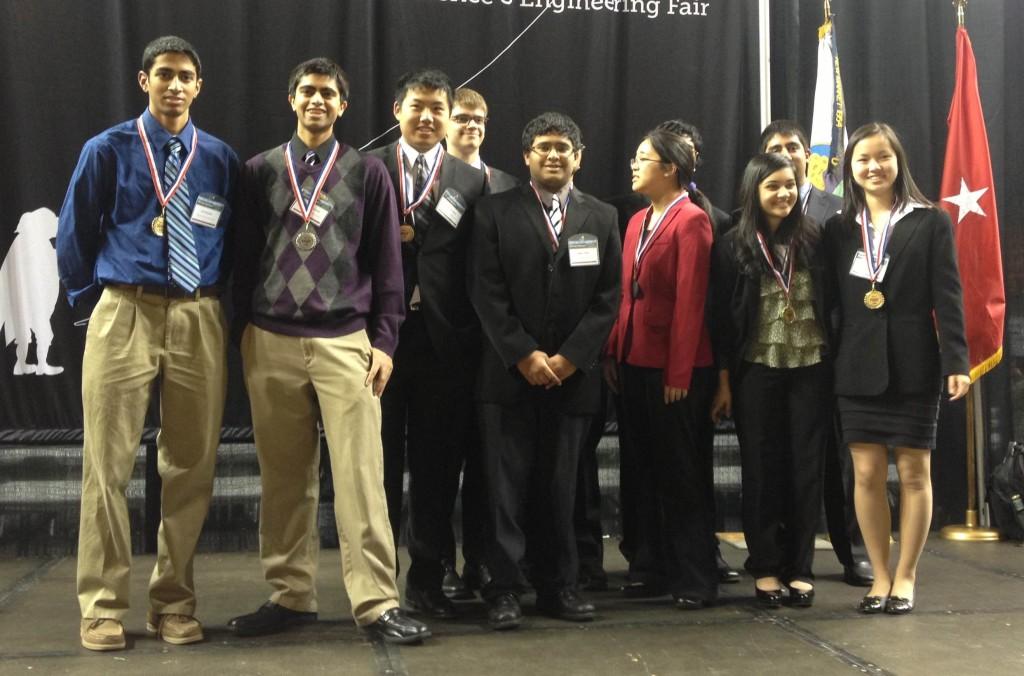 Close to 300 students journeyed down to the Virginia Military Institute in Lexington on April 5 to set up for the Virginia State Science and Engineering Fair (VSSEF). There were 29 Jefferson students at the fair, representing the school  in a variety of categories ranging from Animal Sciences to Physics and Astronomy.

Jefferson students garnered many category awards as well as special awards from various organizations present at the fair.

These four students will travel to Pheonix, Az. for the Intel International Science and Engineering Fair (Intel ISEF), which will be held on May 12-17.

“Going into the fair, I wasn’t expecting anything. I was just so honored to be there,” Chaubal said. “Winning the second place grand prize was such a surreal experience and something that was just an added bonus to an already great day.”