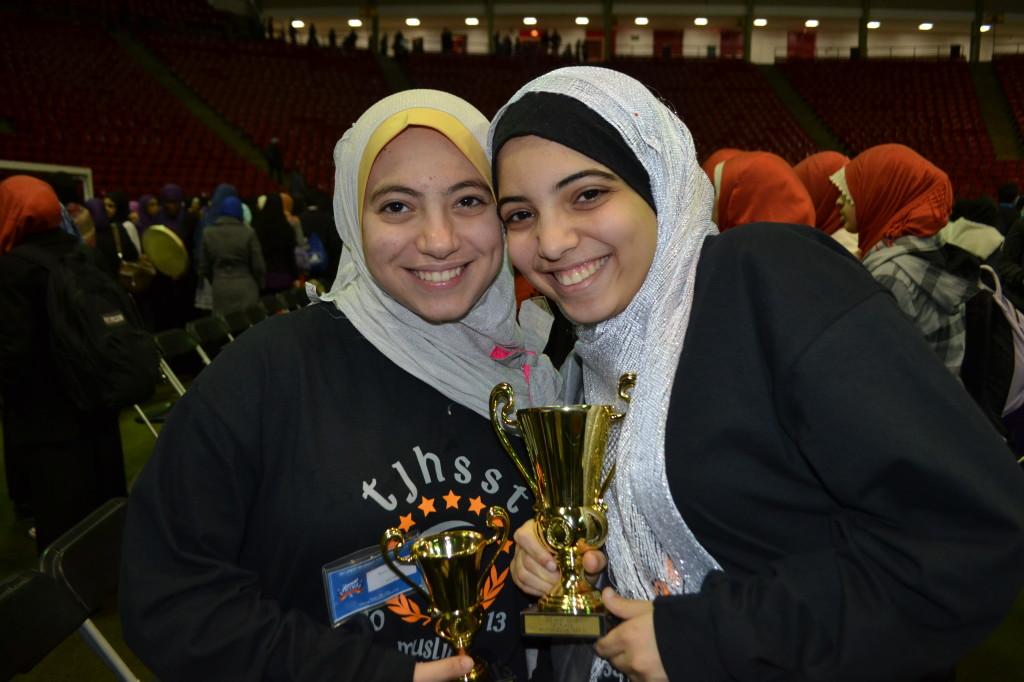 A group of students from MSA attended the Washington, D.C. regional tournament (DC MIST) at the University of Maryland, College Park, from March 29-31. Over 600 competitors, coaches, judges, organizers and volunteers were in attendance.

Competitors were able to participate in up to six competitions, ranging from categories like writing and oratory to bracket competitions including debate and scholastic bowl. When not competing, there were workshops and activities centered on the theme for this year, patience.

At the awards ceremony held Sunday night, junior Anwar Omeish garnered a first place in a knowledge test, for which she took a test based on the book, “Amusing Ourselves to Death” by Neil Postman, and third place in Poetry – Spoken Word. Sophomore Nur Simsek won first place in Extemporaneous Essay.

“MIST allows us to explore our talents and abilities in an Islamic context,” junior Anwar Omeish said. “That sort of communication is unique and valuable for Muslim youth in the United States.”