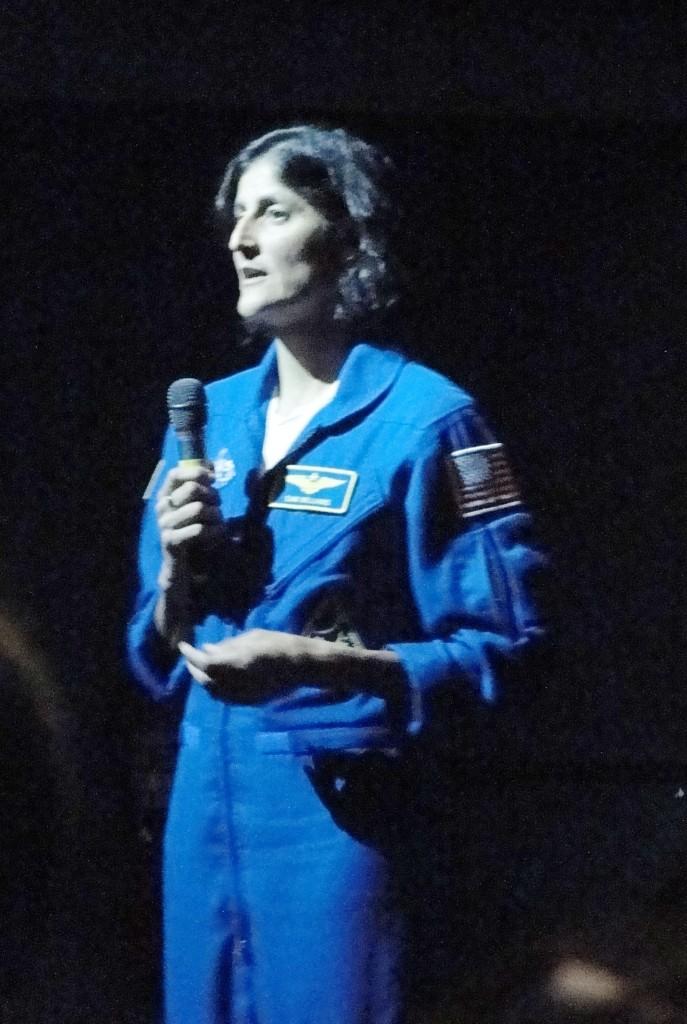 Captain Sunita Williams, a NASA astronaut, and Dr. Akihiko Hoshide, a Japanese Aerospace Exploration Agency (JAXA) astronaut, wore matching blue flight suits as they looked out at the audience. Williams’s suit had an American flag on the shoulder, and Hoshide’s suit was adorned with a Japanese flag.

The astronauts spoke to students about their experiences on Expedition 32/33, a trip to the International Space Station (ISS) from July 14 to Nov. 18 last year. Williams dubbed the 127-day expedition a “vacation from Earth.”

“At first I wasn’t very interested in the universe or space, but after listening to their stories, I suddenly became interested by seeing the pictures and videos they showed,” Japanese exchange student Tsuzumi Ino, 15, said.

Williams and Hoshide presented a compilation of videos and photos of their preparation for Expedition 32/33, the launch from Kazakhstan, life aboard the ISS, the three spacewalks they performed and their return to Earth.