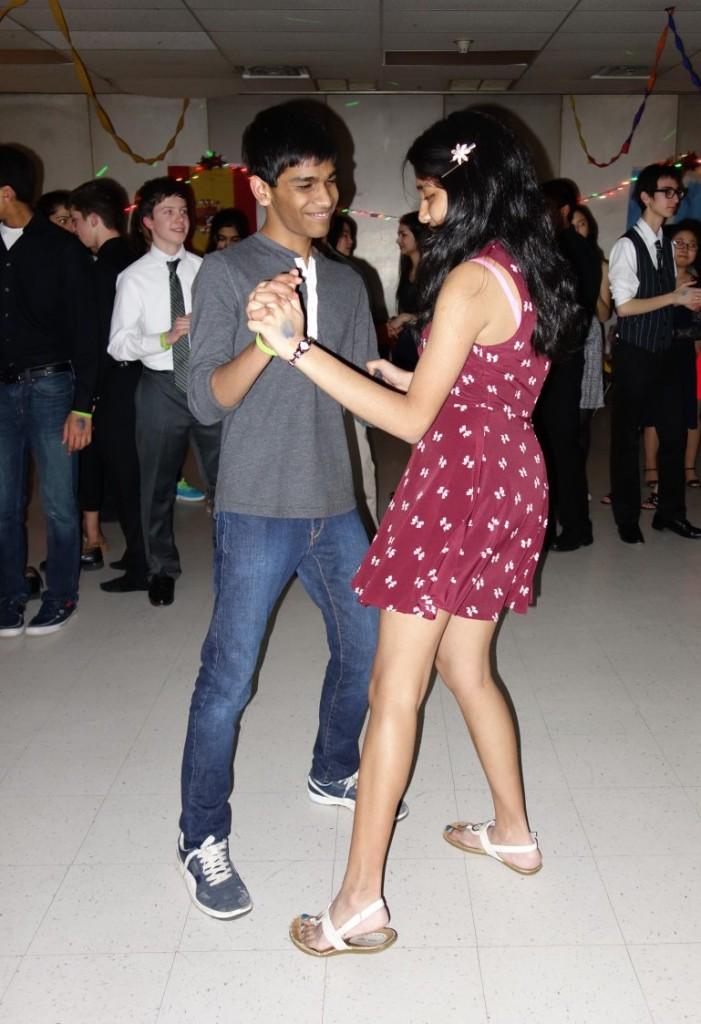 Multi-colored lights spiraled across the room as students danced in time with the rhythmic Spanish music. They laughed as they spun their partners around, twisting and turning into intricate pretzels.

Spanish teacher Ellen Whitten praised students for their willingness to step out of their comfort zone and participate.

“Everyone was so open-minded, and there was so much enthusiasm,” Whitten said. “It was a terrific way to introduce the Spanish culture to students outside of class.”

Students also sampled a variety of authentic dishes and beverages that were contributed by members of SHS. These dishes ranged from Spanish tortillas to flan and from quesadillas to malta.

Senior Devin Rajan, the secretary of SHS, cited major improvements made to the dance from previous years, including more lights, better food and improved decorations.

“We had a great turnout and a really fun night,” Rajan said, referring to the over 180 people who were in attendance. “A lot of people, even those who are taking other language courses, were exposed to the best parts of Spanish culture.”

By the end of Bulería, students were content with the night of dancing and now anticipate a repeat of the excitement next year.

“Bulería was actually much more fun than I had expected, and the best part was definitely getting to learn new types of dances and dancing with my friends,” sophomore James Jung said. “I’m definitely looking forward to coming back next year!”