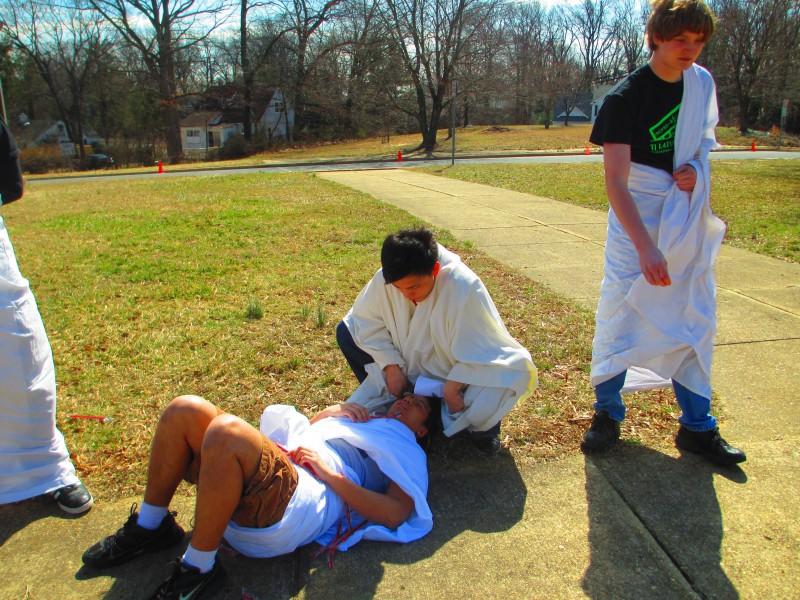 Students draped in black could be seen proceeding down the halls during lunch on Friday, chanting “Beware the Ides of March!”

Latin students throughout the school celebrated the Ides of March, the important day in Roman history when Julius Caesar was assassinated. This has been a TJ Latin tradition for the past few years, so it was important to keep it going.

In addition to the march around the school, students viewed an enactment of Caesar’s death by the Latin Honor Society officers. The event was capped off when senior Robert Wharton regaled  the students with his recitation of Mark Antony’s eulogy of Caesar.

While the event was fun, it was also meant to spread knowledge about Roman history.

“We want to keep it classically accurate and fun for everyone”, senior Morgan Cheatham said.