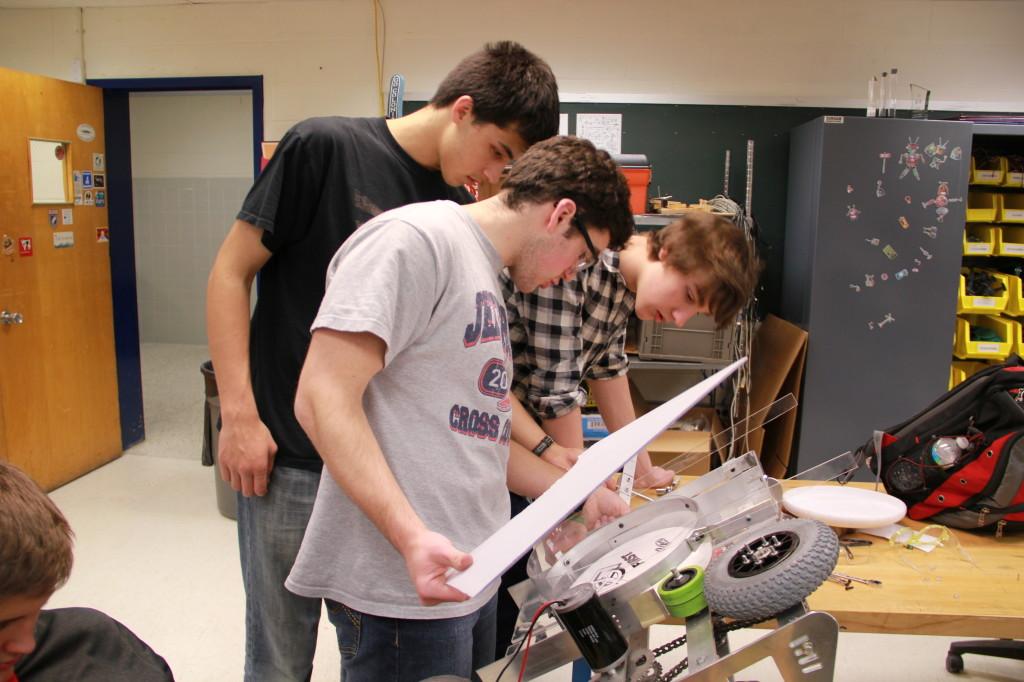 The challenge is to build a 100-pound robot that can shoot Frisbees and climb a 10-foot pyramid. A seemingly impossible task, but not for the students who worked on FIRST Robotics, a time sensitive international robot-building competition. The six-week building process ended on Feb. 19.

The project is the biggest senior research project this year, with a total of 27 people, including 17 seniors. Fifteen of the seniors are using the project as their research project. The seniors are spread out in the robotics and prototyping research labs, in addition to one person in the computer systems lab, and all of them make good use of the equipment and mentors found in each of the labs. Robotics lab director Charles Dela Cuesta is optimistic about the team’s prospects.

“We have a lot of students that have done robotics competitions before, which is different from previous years. They are more used to the deadlines and time pressures, which resulted in better planning and execution of our robot,” Dela Cuesta said.

FIRST Robotics is not the only cross-tech lab project, though. The Student Launch Initiative (SLI) is an application-based program where a given team submits a proposal to NASA, who approves the proposal and awards a grant to a team. The Jefferson SLI team consists of four seniors, two of whom are using the project as their research project, and four juniors. The objective is to build a rocket that flies approximately one mile into the air and deploys a scientific instrument to take readings.

One of the captains of the project, senior Genevieve Gural, is working through the prototyping lab. “The prototyping lab is useful because it has a lot of the equipment that we need to build the rockets,” Gural said.

The SLI team is looking forward to its launch in April, which takes place in Huntsville, Ala. at the Marshall Space
Flight Center, and working hard to prepare its rocket for the launch.

“I was on the SLI team last year, and it was an incredible experience, so of course I wanted to participate again. My favorite part was going to Alabama for the official launch,” Gural said.