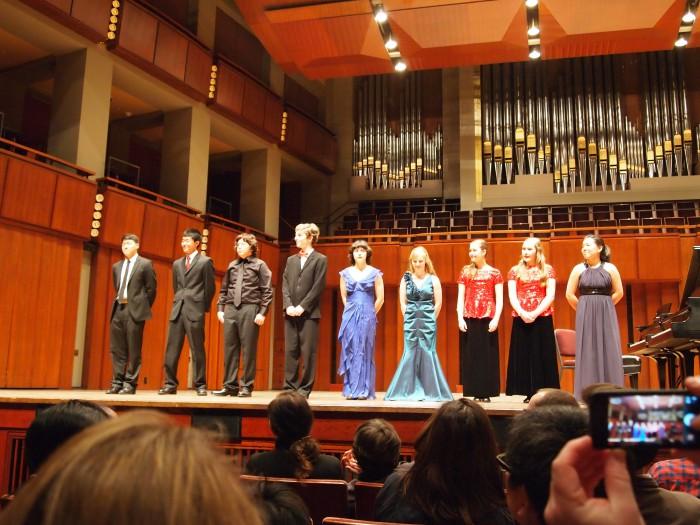 Sophomore Rachel Chon and seniors Jungwook Choo and Alan Wei were three of nine finalists who competed for a spot in the National Symphony Orchestra (NSO) Young Soloists’ Competition Finals on March 10. Although none of the three students won, Choo did earn an honorable mention.

Students in grades 10-12 who reside in D.C., Frederick, Montgomery, Prince George’s, Arlington, Fairfax, Loudoun and Prince William counties were eligible to compete for a $1,000 scholarship and the chance to perform with the NSO, directed by Christoph Eschenbach, at the Kennedy Center.

Choo played the cello, while Wei and Chon played the piano. Chon played Prokofiev’s 3rd piano concerto, the first movement as her piece of choice. She had been practicing since the beginning of the summer.

“Making it this far for the first time in such a large competition really showed me how far dedication and hard work can take you,” Chon said. “Playing on a stage where so many notable musicians and performers stood in the past made the experience one of the best times of my life.”

Previous Jefferson winners of this competition final include Class of 2007 graduate John Chen and Class of 1998 graduate William McDaniel.