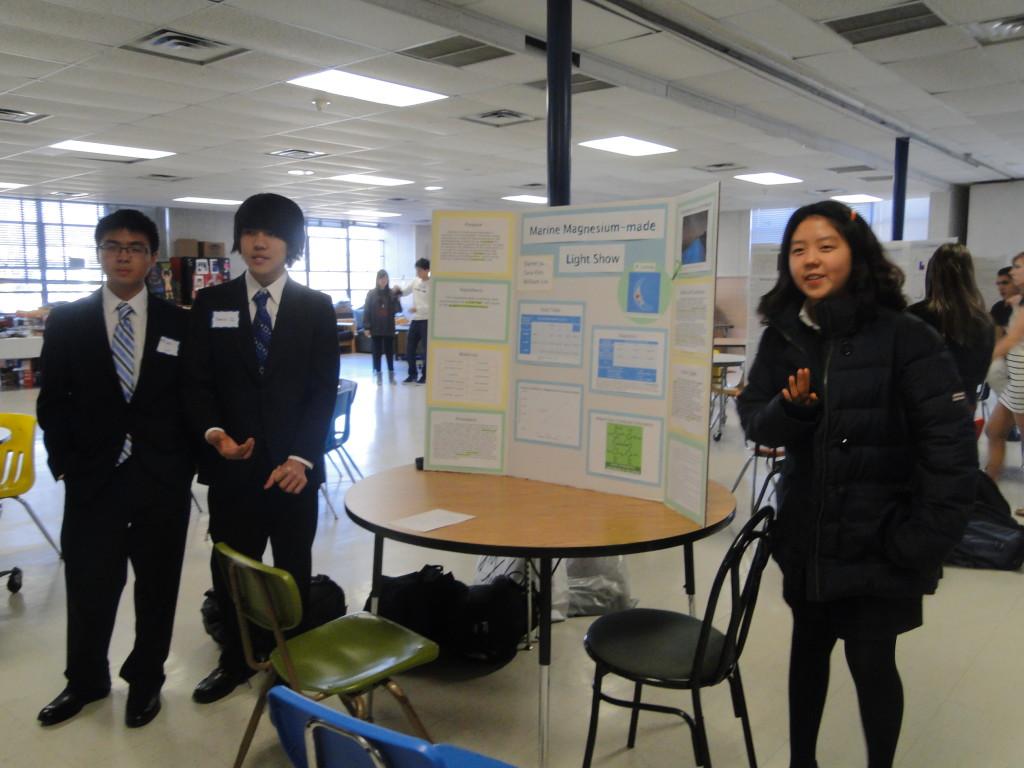 Equipped with a microscope and ProScope, junior Sarah Quettawala peered at a zebrafish embryo and carefully counted its heartbeats through its transparent outer layer.

Quettawala was studying the effects of cortisol, a stress hormone, on the genome by testing zebrafish embryos and determining how their heart rates responded.

“Dealing with such small specimens, concentrations and amounts of chemicals made it difficult to be accurate and precise the majority of the time,” she said. “It was challenging to minimize human
error, but my data was consistent.”

Though it was her first year participating in the Jefferson science fair, Quettawala achieved a first place finish, one of only 40 students to do so. Many of the winners, including Quettawala, are now preparing for the regional fair, which will take place from March 15 to 17 at Robinson Secondary School.

Like Quettawala, this was the first year seniors Arusha Reghu and Yihemba Yikona competed in the science fair. Reghu and Yikona, who used their senior research project, introduced a new specimen into the Oceanography lab with their project: blue mussels.

“There was a lot we had to learn about what environment would be best for the mussels. Luckily, mussels do pretty well in the lab, so they handle slight changes in salinity and temperature without much stress,” Reghu said.

The seniors tested the effect of iron and manganese on the mussels’ production of byssal threads, a type of fiber that help them attach to various materials, including plastic, glass and metals.

“I’m really interested in the bioengineering field and how there are so many applications from the natural world that can enhance our lives,” Reghu said. “The fact that byssal threads can attach themselves to practically any surface underwater and in moist environments could make closing wounds during surgery easier and less invasive.”