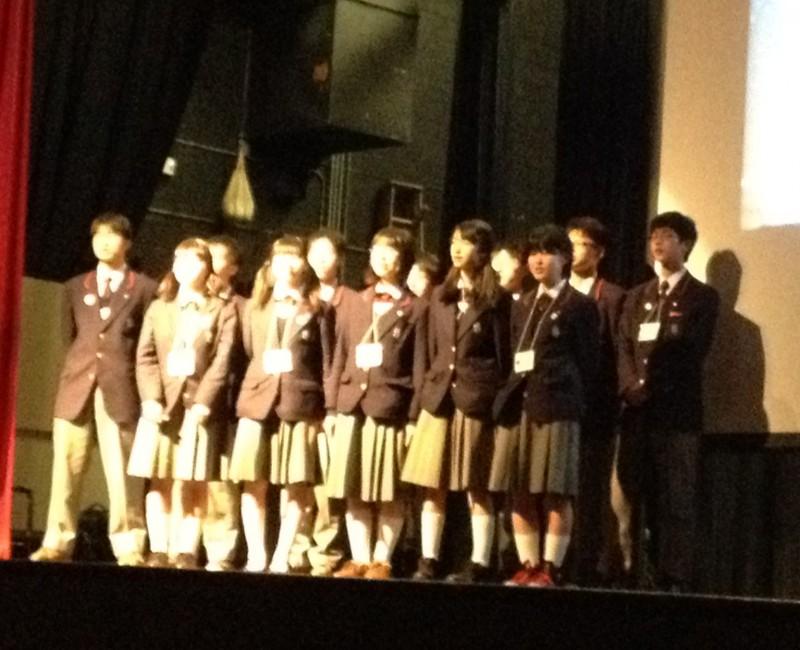 Japanese music resonated throughout the auditorium as members of the Japanese Honor Society (JHS) stepped out onto the stage and began dancing to a traditional Japanese tune.

The event marked the start of a festive celebration that was held during eighth period yesterday, to commemorate the 20th anniversary of the TJ-Chiben Exchange Program.

This year,15 students from the Wakayama Chiben Gakuen School in Japan are participating in the TJ-Chiben cultural exchange program. The visiting students will stay with Jefferson students currently enrolled in the Japanese language course.

The celebration on Friday included several performances by JHS and Poi, as well as by the foreign exchange students, who sang a song regarding the struggles and suffering of life.

“I think that the program is great. The anniversary celebration is exciting, and we gained a lot of memorable experiences,” said Yugo Kishimoto, one of the Chiben students.