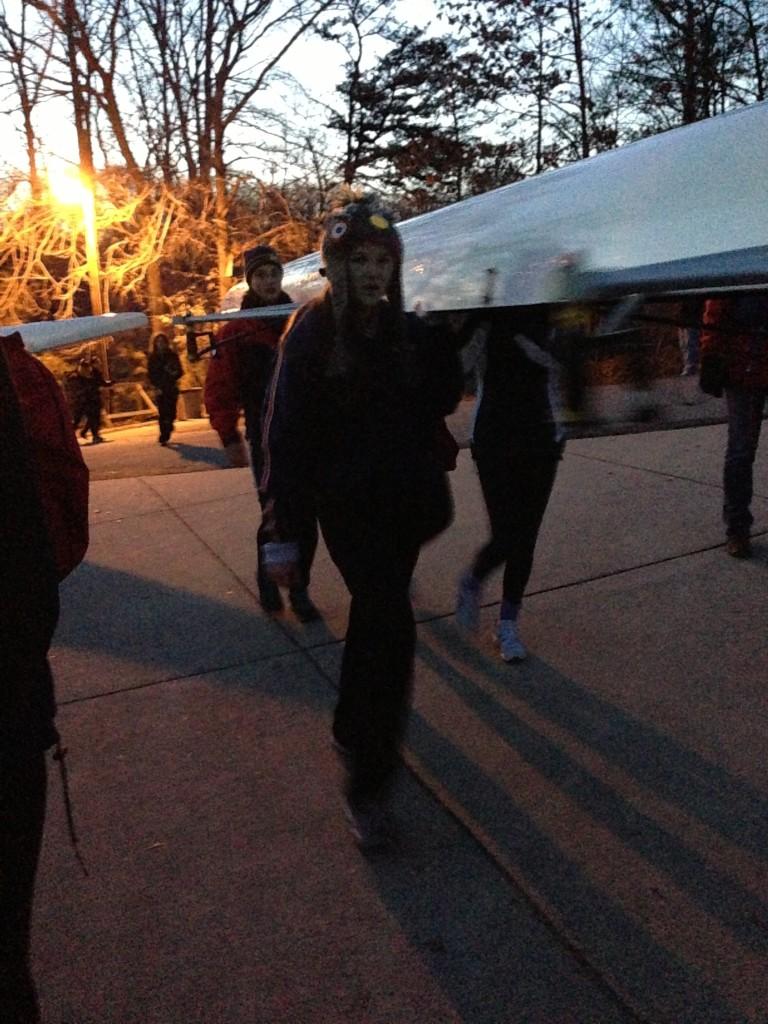 With clear skies, temperatures just above freezing and a chilly breeze, novice rowers and coxswains bundled up in layer upon layer of clothing and arrived at Sandy Run Regional Park for their much-anticipated first crew practice of the spring season on Feb. 20.

Experienced rowers and coxswains had their first on-the-water practice at the Occoquan River the day before.

Since the novices had never rowed before, they were placed in mixed boats with both returning rowers as well as fellow novices. This system allowed the tyros to learn how to carry a boat to and from the dock, prepare to row, and take some strokes under the guidance of the coaches and experienced rowers before settling into all-novice boats.

“It seemed very sudden when we immediately pushed off the dock after getting into the boat. We learned the strokes step by step, first with just arms, then arms and back, then arms, back and legs,” freshman PengPeng Liu said. “Rowing itself was really fun, and I was excited along with my novice friends.”