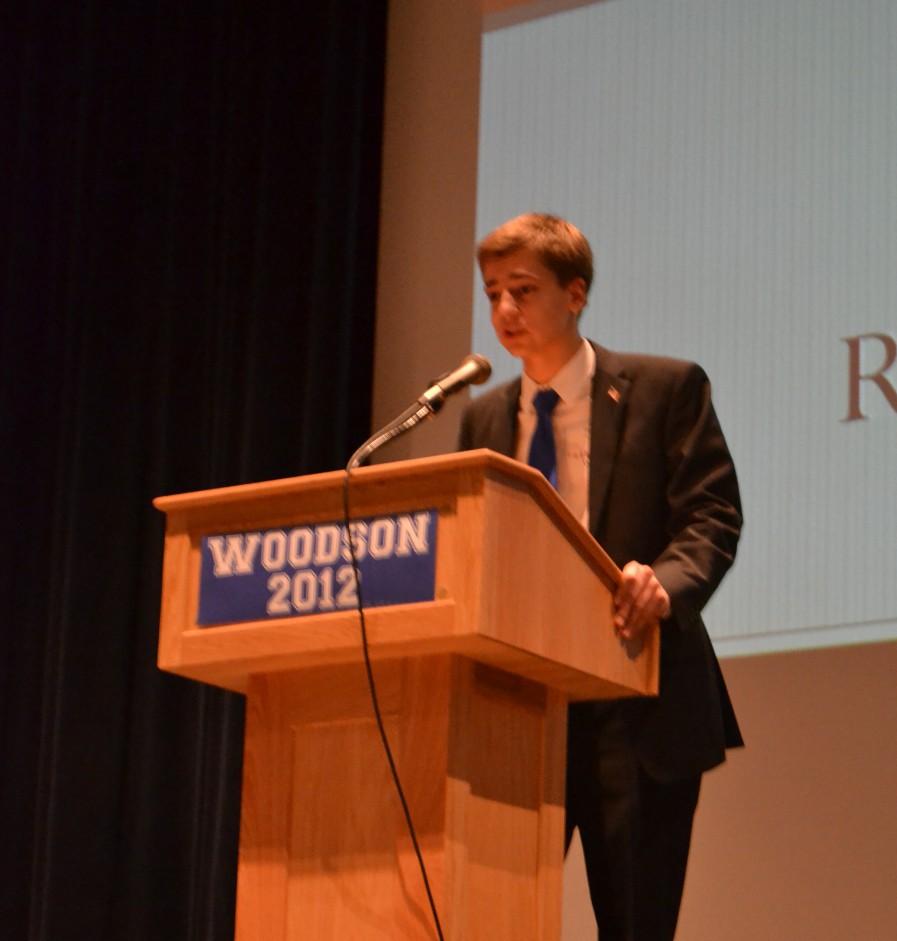 Junior Will Ashe traveled to W.T. Woodson High School in Fairfax on Tuesday morning to contend for the position of the 2013-2014 Student Representative to the FCPS School Board. Over 100 students from across Fairfax County came to observe and vote in the elections.

Ashe ran against nine other students for the spot, most of whom were juniors. The election process began with speeches and question-and-answer sessions, after which the 10 contenders were eliminated down to five. The process repeated itself until the five people came down to three, and then finally, the 2013-2014 Student Representative was chosen.

“I didn’t really know what to expect from the other candidates before I met them, but after we had a chance to talk, they seemed really passionate about their issues,” Ashe said. “The speeches were nerve-racking, but I slowly gained confidence in my points and rallied in time for the final vote.”

Members of the FCPS Student Advisory Council, consisting of students from all the high schools, were able to vote. Each school had four votes and could also have two observers. The Student Representative is responsible for attending all School Board meetings and representing approximately 181,000 students accurately and efficiently.

“The position requires someone who isn’t afraid to put themselves out there and talk to students from different schools about important issues facing the county, and then voice those opinions in a public forum,” Keegan Cotton, a Class of 2011 grad and the 2010-2011 Student Representative, said.

During his speeches, Ashe chose to focus on online textbooks and technology in the classroom, mental health issues, and communication.

“I’m really looking to tackle the issue of technology in the classroom,” Ashe said. “In addition, the Student Advisory Council has requested a Blackboard app for the past three years and is slated to do so once again this upcoming year, and I think it would make checking Blackboard more convenient for students.”