I- Nite ticket sales cause pandemonium 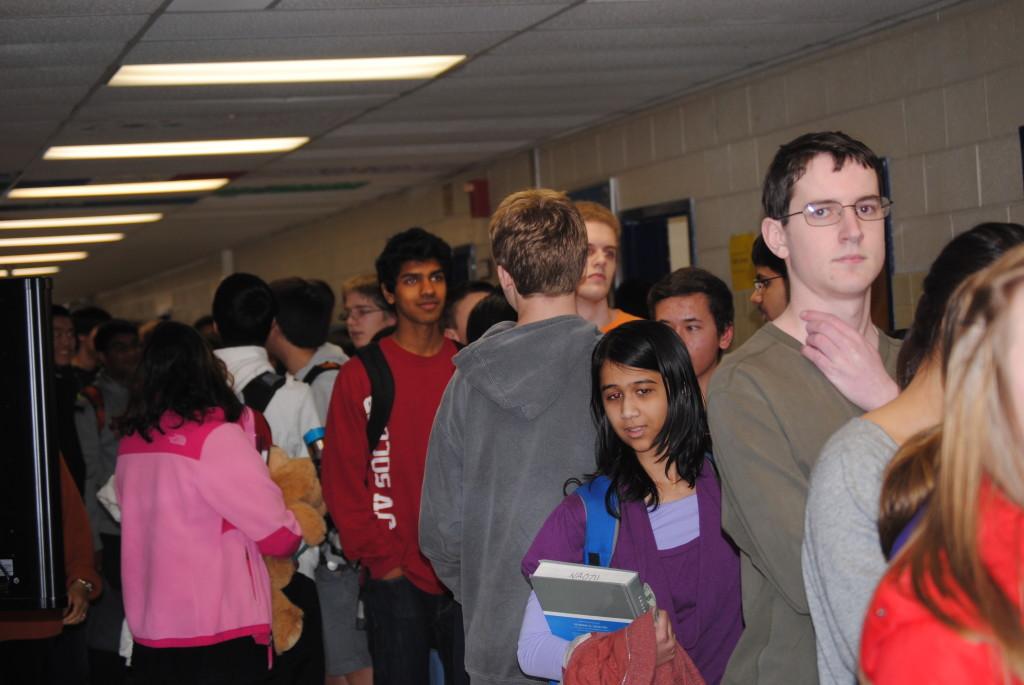 Students fill the hallways outside of the library in an effort to purchase a ticket before they are sold out.

Teachers were requested to keep students in class until lunch officially began and not release them early to purchase tickets. At least, that’s what the morning announcements instructed on Feb. 12.

It soon became clear this order wasn’t followed as the hallways filled with frenzied students before ticket sales began promptly at the start of lunch.

Jefferson’s International Nite (I-Nite) is renowned for being one of the largest cultural events with dance performances and booths set up by many cultural clubs. However, I-Nite has come to be known for its notorious ticket sales in recent years. This year, the show was completely sold out within ten minutes of the beginning of lunch.

With a high number of ticket scalpers last year, Namaste set a limit on the number of tickets any student could buy, to five. Additionally, students had to sign a pledge promising they would not scalp the tickets.

That pledge apparently didn’t work either. In an announcement by Principal Evan Glazer on Feb. 13, it became clear scalping was taking place with tickets going for well beyond the face price. Students were encouraging to report scalpers on the same Intranet form used for reporting cheating. Students were also told of a lottery system for the tickets returned from the scalping activity.

Few lucky students got tickets, but even fewer got tickets for the day they wanted. Junior Somya Shankar was able to get Saturday tickets, but she was hoping to go to Friday’s show.

“I literally got the last tickets possible,” Shankar said. “Everything was sold out in Gym 2 and there were seven tickets left. My friend bought four and I got the last three.”

Some students believe that more people would be able to get tickets if there were more shows.

“I think they should perform twice per night because the demand is so high,” sophomore Anant Das said.