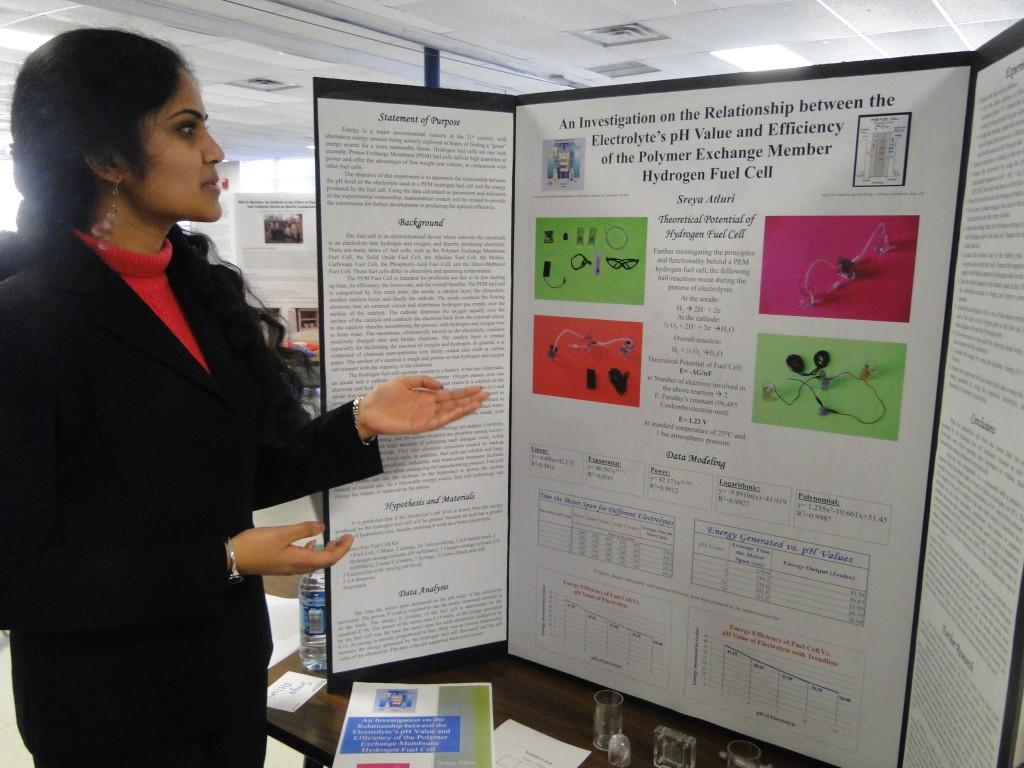 Sophomore Sreya Atluri presents her project at the Science and Engineering Fair.

As soon as eighth period began, a queue of students in business casual attire formed outside of the cafeteria for the Science and Engineering Fair. As they waited for judges to arrive, many participants rehearsed their presentations of the experiments they had conducted over the last several months.

The fair took place on Feb. 6. Though the participants were required to start setting up during A Block, the judging didn’t begin until 4:15, lasting well into the evening. The fair itself was divided up into 17 categories, including Environmental Sciences, Microbiology and Computer Science for the judges to evaluate by predetermined guidelines.

The awards ceremony was later, held on Feb. 8 during A Block. Each student who placed received a medal and took a picture with the other winners in their categories.

The first place winners are as follows:

Invitations to move on to Regionals were sent out today, and the final list of regional finalists will be released next week. The students who will be moving on to the regional fair will be announced later this week, and the regional science fair will be held from March 15-17 at Robinson Secondary School in Burke.

(Look for full list of placers in Kudos bar as well as in the print issue of tjTODAY later this month.)