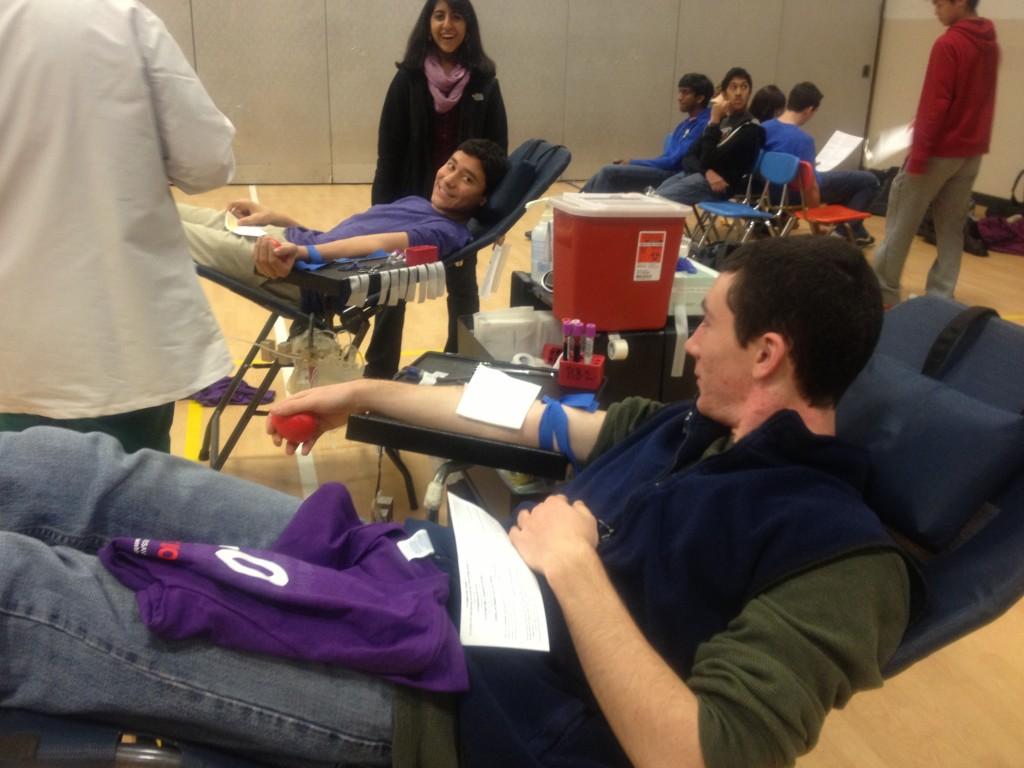 The back half of Gym 2 was transformed into a makeshift clinic with machines and foldable blue chairs set up around the room. Students relaxed in the chairs, while other students ate at the refreshment center or filled out forms in the waiting area.

On Feb. 1, Jefferson’s Key Club hosted a blood, working with the INOVA Blood Donor Services. By the end of the day, they had received 75 units of blood.

After students arrived in the gym for their appointment, they were directed to fill out a form, with basic questions detailing their recent medical history. Afterwards, one of the INOVA Blood Donor specialists would check their blood pressure and iron levels, to determine whether or not the student could donate blood. Students with iron levels below 12.5 were not allowed to donate.

“The blood drive was a phenomenal experience,” senior Sebastian Lerner said. “I had tried doing it earlier in the year, but because of a risk for malaria, I was not allowed to donate. This made donating this time even more special, and I was happy that I was able to contribute my blood to a good cause.”

Even with potential setbacks, such as the Anchor Day schedule, snow and power outages, the blood drive was a successful event.

“It was hectic planning, but it went very well,” said Key Club president, senior Gordon Hart. “Since we’ve been at TJ, the largest drive we’ve had was when we collected 77 units. So getting 75 units was fantastic.”