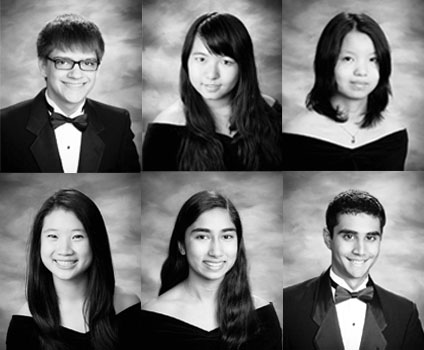 The Intel Science Talent Search announced its 2013 finalists on Jan. 23. While Jefferson students did not make it into the top 40, six students were named as semi-finalists. The recognized students were seniors Alex Brenner, Suhas Gondi, Katie Ho, Jennifer Peng, Nalini Signh and Katherine Wu.

The application deadline for submitting a project to Intel was Nov. 14, which may seem like an early cut-off for many students. However, most of the semi-finalists had already gotten a head start on their projects over the summer.

Peng was one of the students who started her project over the summer.

“I did my project over the summer at the National Institute of Biomedical Imaging and Bioengineering, and I had a mentor helping me,” Peng said. She worked with a machine that measures forces as a protein molecule was stretched out and unfolded.

Amidst college applications and schoolwork, and with the early Intel deadline, students must make sure to start the application process early on in the school year.

“I had the project done from over the summer, and I had finished writing the paper by the beginning of October,” Peng said. “At least some of my college apps were already out of the way, so I decided to just enter and see what would happen.”

Each year, Intel recognizes 300 students as semifinalists. Although Jefferson will not be represented at the final judging round in Washington D.C. this year, each of the six semifinalists will receive a $1,000 award. The school will also receive $1,000 for every student recognized as a semifinalist.