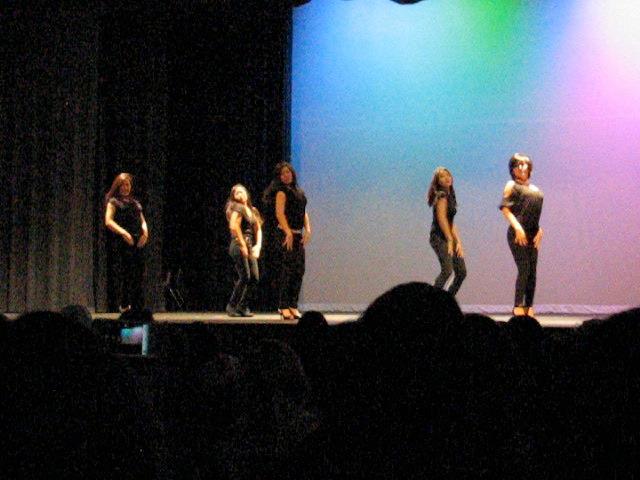 For the upcoming annual International Nite (I-Nite), the Korean Culture Club (KCC) will be throwing out their typical high heels and pop dance moves for a traditional fan dance and Korean garb.

KCC has been known to put on edgy performances for I-Nite, with girls in tight clothing and high heels dancing provocatively to Korean pop music (K-Pop).

“I know K-Pop has become a fad, but I feel like it’s overdone,” senior Vicky Moon said. “People are quickly getting tired and disappointed with these dances since they do contain a certain amount of female sexuality.”

To shed a light on other aspects of Korean culture, Moon has taken control of KCC’s performance this year and is organizing a traditional fan dance.

“I really wanted to change people’s perspective of Korean culture and show that we have things that are traditional and awesome like the fan dance,” Moon said, “especially since, even in Korea, the traditional aspects of its culture have been forgotten among teenagers.”

Moon has tried since her sophomore year to push this idea. “I think the idea of I-Nite was more of a talent show than anything to past KCC members. People did what was popular and familiar since it was easier to organize,” Moon said.

The KCC members have begun learning the dance from a professional and are holding after-school practices to perfect the choreography.

“I’ve learned a lot during the choreographing of this dance, and it looks awesome right now,” Moon said. “I’m literally counting down the days left till I-Nite. I’m really happy I have the opportunity to show this side of Korean culture.”