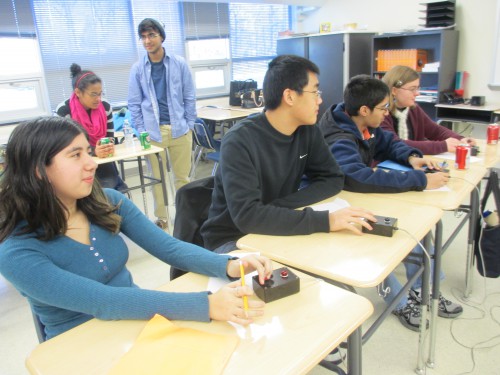 Remarkably awake at 7:30 a.m. on Jan. 19, seniors Raynor Kuang and Sarah Eltinge also with juniors Sid Verma and Nadege Aoki headed off for their first Liberty District match in the very long day ahead.

“Our first match was the hardest,” Eltinge said.

From there, the wins came somewhat more easily as they first captured the Liberty District title and finally the Northern Region Division championship, defeating Robinson High School for a second time.  They didn’t lose a single match all day.

“I’m going to email Mr. DeRose to tell him that we have a trophy for him,” Eltinge said.

From here, the team will compete at States on Feb. 23 at the College of William and Mary.