The school day’s starting time should be pushed back 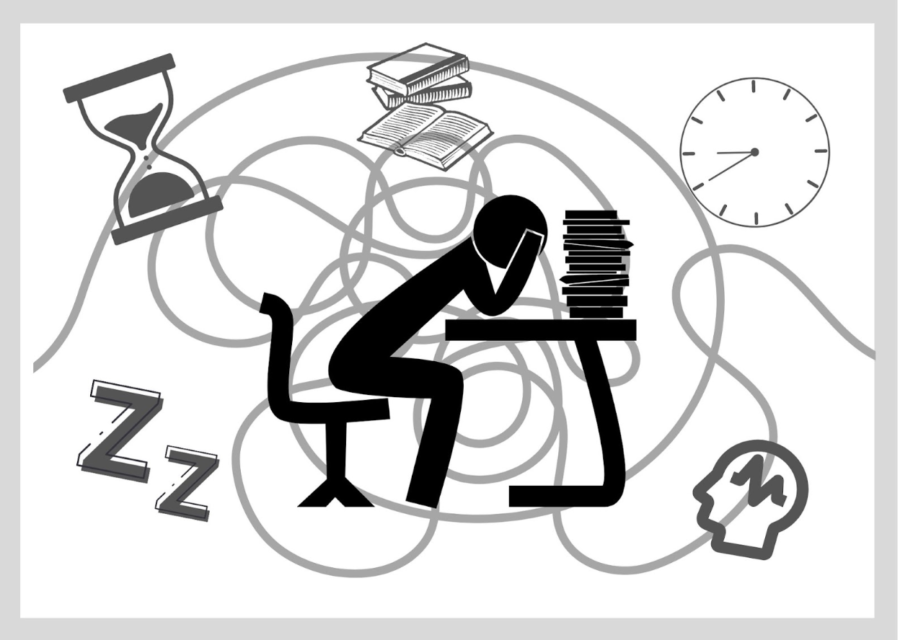 A student gets up to their blaring alarm clock at seven in the morning. They stayed up studying and finishing homework until 1 am, and getting out of bed is a struggle in itself. At school, they fight to stay awake and barely process material from their classes. After school, instead of finally getting some sleep, they head on to sports practice and start homework right after. The cycle begins again.

Unfortunately, this situation is all too common, especially here at Jefferson. With many students taking rigorous, fast-paced classes, sleep is disregarded and often not prioritized. This leads to many other repercussions, from decreasing immunity to brain aging of 3-5 years. According to the CDC, seven out of ten high school students do not get enough sleep on school nights. Starting school later at 9:40 a.m. instead of 8:40 a.m. would greatly improve students’ sleep schedules and overall health.

By starting school an hour later and cutting time from transitional periods and lunch, students can get extra time to sleep and more time to focus on themselves. Additionally, this extra hour could be used for students to catch up on the overwhelming amount of homework given in their classes.

Some people may argue that there are a required number of hours that must be taught, so extra school days would have to be added on, which would ultimately lead to a shorter summer break.

Another concern that others could have could be that even if we push back school by an hour, students would not necessarily sleep earlier, and the efforts would be in vain.

However, while it is true that not every single student will end up getting more sleep than normal, giving students the opportunity is important. This could give students a chance to build healthier habits of sleeping earlier and get more sleep.

Summer break would only be shortened slightly, but not so much that it wouldn’t let students relax. This would be a far better choice than lengthening the school day to make up for the lost hours, as many students have extracurriculars and activities that they must attend outside of school. This wouldn’t help the students with their harmful sleep schedules, as they would just be getting home at a later time, pushing back their time for homework and studying.

The determining factor between a healthy, productive student and a sleep-deprived student could simply be starting school an hour later.