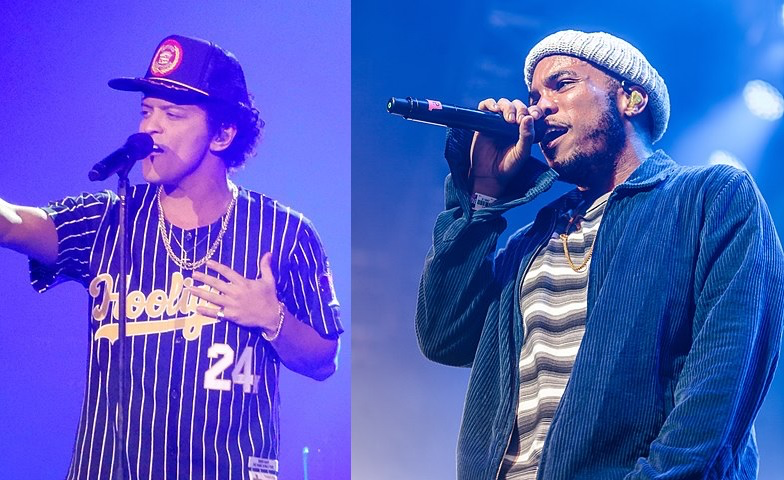 Silk Sonic, a duo of Bruno Mars and Anderson .Paak, performs their R&B song, 777, and win big at the 64th annual Grammys, earning Record of the Year.

The 64th Grammys gave out surprisingly few awards and instead was mostly a three and a half hour-long concert. The event took place on Sunday, April 3, 2022, and featured artists such as Lil Nas X and BTS.

The big winners of the night were Silk Sonic, John Batiste, and Olivia Rodrigo.

The biggest award of the night went to the Jazz singer, Batiste, who took home the Grammy for Album of the Year with his eighth studio album, We Are. This was only one of the five awards he won that night.

“I just put my head down and work on the craft everyday. It’s more than entertainment for me, it’s a spiritual practice,” Batiste said in his acceptance speech, who looked shocked after realizing he won.

“We are really trying to remain humble at this point… but in the industry, we call that a clean sweep,” .Paak said during his acceptance speech for Record of the Year.

The third artist to win three awards, including Best Pop Vocal Album, was Olivia Rodrigo for her pop album Sour. In her acceptance speech, Rodrigo thanked her recording studios for believing in her.

“This is my biggest dream come true. Thank you to everyone at Interscope [Records], especially John Janick, for believing in me and my songwriting before anything else,” Rodrigo said in her acceptance speech.

Many artists such as BTS, Lil Nas X, Finneas, Doja Cat, and Selena Gomez were snubbed at the Grammys, although of late there seems to be a trend of leaving out popular names from the general competition.

This year, performances by a range of artists, from Billie Eilish to Lil Nas X with Jack Harlow, dominated most of the show.

Silk Sonic kicked off the night’s performances with Leave the Door Open, and BTS picked up the pace with a James Bond-inspired performance of Butter. Lil Nas X and Jack Harlow followed with Industry Baby and Call Me By Your Name, two of the better performances of the night.

There was yet another surprise halfway through the show: Ukrainian President Volodymyr Zelensky made an appearance and gave a speech about music’s importance in a difficult time like the invasion of Ukraine.

“What is more opposite to music? The silence of ruined cities and killed people. We are fighting Russia, which brings horrible silence with its bombs. The dead silence. Fill the silence with your music,” Zelensky said.

The powerful speech was followed by a touching performance by John Legend, calling for the end of the war.

In Billie Eilish’s performance, performing Happier than Ever, she wore a graphic tee with the band Foo Fighter’s late drummer, Taylor Hawkins, who passed nine days prior to the event. Hawkins was honored in a Memoriam segment along with other impactful artists who have passed away this past year.