Time between classes is longer than necessary 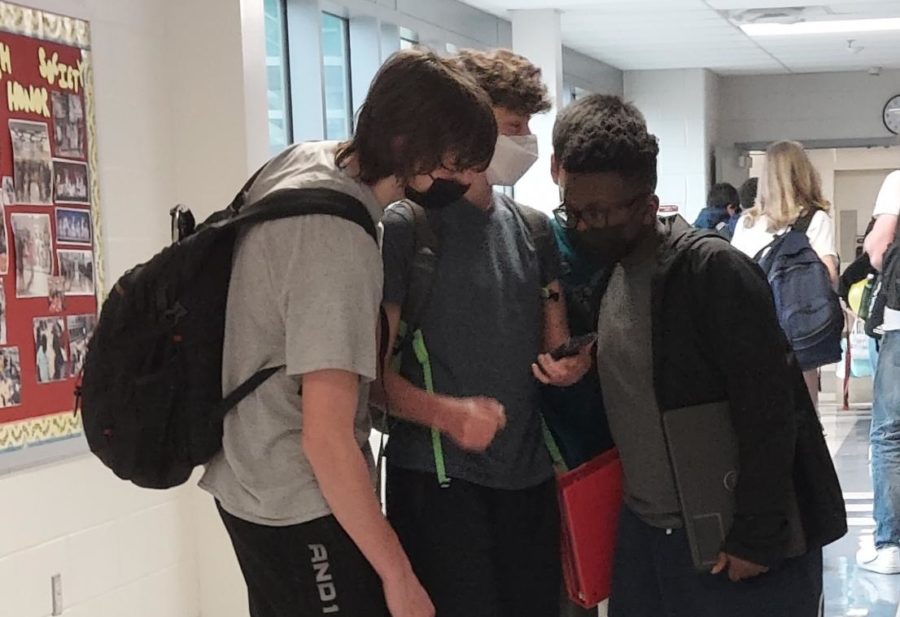 A group of freshmen (left to right: Tyler Clark, Maximillian Weinstein, Ramsses Arnez, Jarin Earle) catch up with each other during the ten minutes of passing time.

Students are currently given ten minutes of passing time between class periods, providing them with ample time to reach their classes. Yet, the majority of FCPS high schools have shorter passing times between classes. For example, Langley, Oakton and Fairfax have break times of seven, seven and six minutes, respectively.

The administrative staff of Jefferson believes that longer passing times are better because they allow for students to comfortably reach class on time and for students to catch up with friends. Additionally, the extra few minutes give students an opportunity to ask teachers questions about the class and curriculum. Thus, students will feel more secure with the long passing period, knowing they won’t arrive late.

However, traditional passing times are meant to give students enough time to arrive at their next class and not for them to fool around or relax. There are other time periods during school where they can do those things. For instance, students can joke around with friends during lunch, or if students need help from their teachers, they can visit during eighth period. This would allow them to ask questions more effectively as they won’t be worried about getting ready for their next class.

Moreover, not all students will use the long passing time to administrators’ intentions. Certain students will arrive at class five minutes before it starts and then just sit in class, staring at the wall, while others may get on their phones to play games or go on social media to pass time faster rather than interacting with their classmates.

Besides, the extra few minutes of time used for passing time between classes could be used more efficiently if it were applied to other parts of school like lunch or eighth periods, or if it were removed from school.

If the passing times were each reduced by three minutes and added to lunchtime, that would give everyone an extra six minutes of lunch. Although this may not seem like a lot, it provides students with extra time to talk to friends. Additionally, long lunch lines will be less of a hassle as students will have more time afterwards to eat their lunch.

Consequently, I believe ten minutes of passing time is excessive and Jefferson should reduce its passing times by three minutes, to match the passing time of the majority of other FCPS high schools.