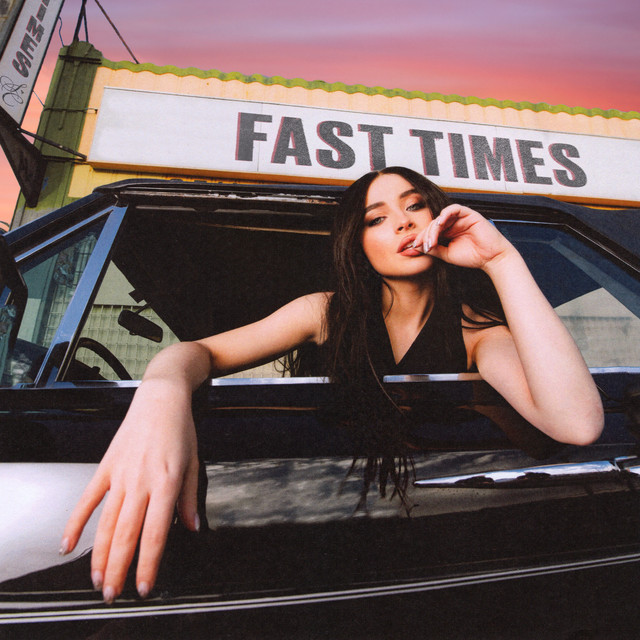 Sabrina Carpenter’s recent song, Fast Times, describes her understanding of the fast paced world and is predicted to be on her upcoming album.

“Live fast, fight hard, no regrets.” Sabrina Carpenter embodies this quote in her new song Fast Times. The upbeat pop song came out on February 18, and already racked up close to 3 million streams on Spotify.

Fast Times, co-written by Julia Michaels and JP Saxe, symbolizes life moving quickly by changing the mood of the instrumental and rhythm rapidly. It starts with a chamber-pop sound and transitions to a disco-like tune at the chorus. In the first verse she opens with, “Sun’s up too soon like daylight savings,” and, “Ahead of myself’s an understatement.” She makes use of analogies in her lyrics to express how fast-paced life is.

The lyrics of this song vary greatly from her past songs, written at a younger age. In Right Now, from Carpenter’s first album Eyes Wide Open, she says, “slow down, slow down… I’ve gotta pace myself.” In the same album, the contrast in lyrics demonstrates her coming of age through her experiences: Carpenter hopes to express what she’s learnt in her upcoming album.

“I was at a tipping point in my life for countless reasons so I write something that I wish I could have told myself in the past. [This song] also shows that many things have actually gotten under my skin and I’m still learning to not give other people so much power over my feelings,” Carpenter said in an Instagram post about her song, Skin, last year.

The music video is a continuation of another one of her songs, Skinny Dipping, in which Carpenter lays down on the road surrounded by papers that have her insecurities written on them. A new Sabrina rides her bike into the scene, and the Fast Times music video starts. Later in the video, Carpenter acts as a modern Indiana Jones, fighting her enemies with the use of dance moves. At the end, she opens a box that glows from the inside, and presumably, her next music video will start there.

Fast Times is the third song following Skin, and Skinny Dipping, to be a part of Carpenter’s fifth album which has yet to be publicly announced. Carpenter has revealed that the name of the album is hidden in one of her pieces of work, resulting in speculation among her fans as to where this title could lie. This album follows Singular II, released in 2019.

In an interview with the PEOPLE magazine, Carpenter said she’d, “Expect it to feel a lot more personal,…a lot more storytelling,” something that comes with age. Thus far, Carpenter has shown us different sides of her music that will be on her upcoming album, and she has continued to amaze her fans at the lyrical depth of her music.