Boys’ varsity basketball wins against McLean in a close game 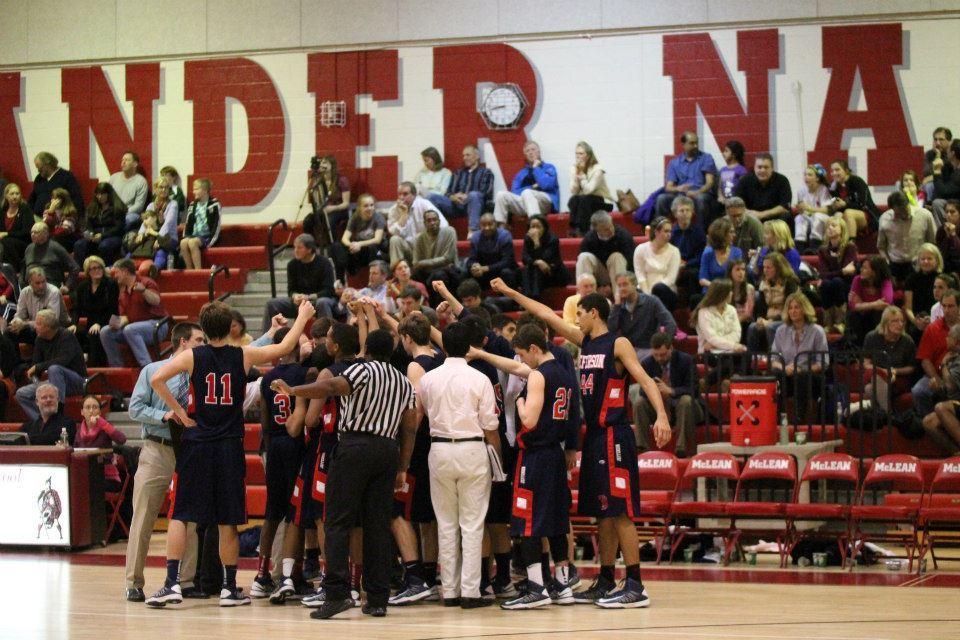 Everyone in the gym seemed to hold their breath as all eyes were on senior Mig Gebril as he attempted the two free throws granted from the previous foul. Suddenly, the Jefferson crowd erupted into cheers as the ball fell into the net with a satisfying swish both times.

On Jan. 8, the Colonials were victorious over the McLean Highlanders at an away game with a close score of 49-46.

The game began with a strong start from the Highlanders. By the beginning of the third quarter, they were in the lead with the score 19-15.

However, the Colonials made a strong and fast rebound in the second half, taking the lead by the end of the third quarter with a close score of 32-30.

In the fourth quarter, both sides stepped up their game, the score dancing from a tie to a brief Highlander lead and then returning to a lead for the Colonials by just one point at 47-46.

The nail-biting moment came with 3.8 seconds left in the game when the Highlanders made a foul. Jefferson was able to score two more points through the free throws, widening the gap in the difference of the scores.

“We didn’t play very well in the first half because of turnovers, but we came back strong in the second half,” head coach Mark Gray-Mendes said. “I’m very proud of the boys for their efforts today.”

This game marks the sixth game won in a row by the team, bringing the record to a current seven wins to six losses.

“It was a great atmosphere. All our hard work is starting to pay off,” sophomore Seth Jaffe said. “It was a close game down the stretch. This is the first time TJ beat McLean since 1989, and now we’re riding a six game win streak.”