Class of 2025 will be most diverse class at Jefferson 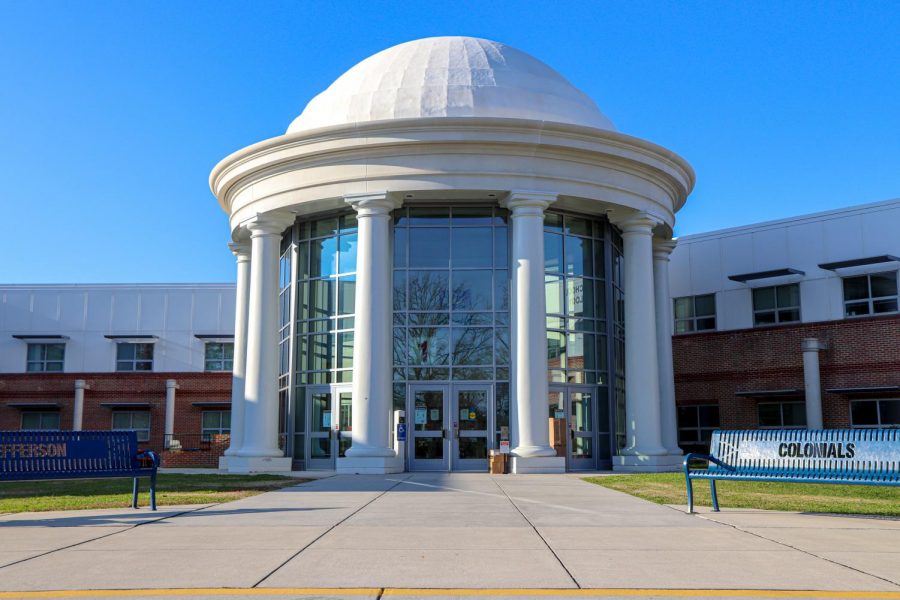 The TJHSST Admissions Office offered spots to 550 students to start ninth grade in Fall 2021. Parents, students, alumni, and FCPS officials have been discussing possible changes to the admissions process to make the demographic makeup of Jefferson’s student body closer to that of FCPS since the summer of 2020.

On June 23, FCPS offered 550 students admission to Jefferson. Statistics show that the class of 2025 is the most racially and geographically diverse grade of students in recent years. The demographics of the prospective class of 2025 are also slightly closer to FCPS’s demographics as a whole than they have been in the past. 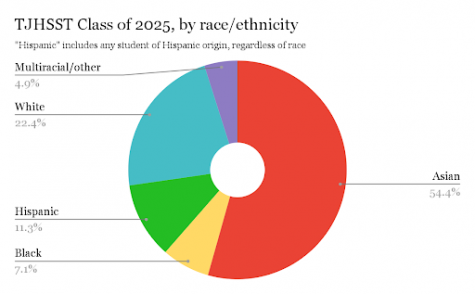 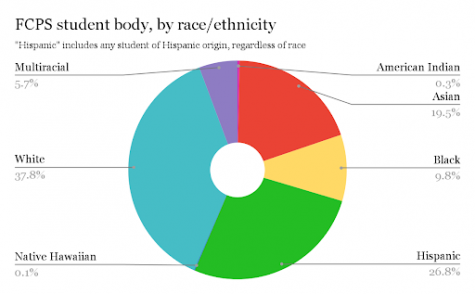 Jefferson class of 2021 alumnus Gurleen Kaur hopes that the class of 2025 will bring positive change to Jefferson, especially for students from underrepresented backgrounds.

“The demographics are really amazing, and I think it’ll bring a lot of great and much needed changes to [Jefferson],” Kaur said. “When you’re a member of a socioeconomic minority group, it’s really hard to advocate for yourself when there aren’t that many people like you. Now that the class is a lot more diverse, that will make it much more comfortable for students who don’t fit the typical mold of a TJ student.”

Admissions decisions were made this year through a “holistic review” of applicants’ transcript (including GPA), SIS responses, and “experience factors”. The top 1.5% of students from every middle school in the jurisdictions that send students to Jefferson received an offer, and the rest of the spots were filled by the next highest ranked students overall. The process did not include a standardized test, an application fee, or a teacher recommendation — all factors that were considered in years past.

“Science and math were never my strong suit. With [this system], it was more like [applicants] were showcasing like other skills, like [with the] SIS. So it helped me,” rising freshman Sudhatri Sharma, who will start at Jefferson in fall 2021, said. “Everything you need to be an applicant, I had.”

A debate over what admissions decisions for Jefferson should take into account started during summer 2020 after calls for action on racial justice from protesters worldwide. Brabrand’s initial proposal — the one that inspired the creation of the two opposing advocacy groups —  involved a “merit lottery” system. All applicants had to meet the GPA, Algebra I, and residency requirements and fill out a Student Information Sheet (SIS). After those components were reviewed by an admissions committee, the students would be placed in lottery “pathways” and a number of students would be selected from each region in FCPS and the surrounding counties in proportion to the population there.

“When I heard about the lottery process, I was kind of shocked, because [Jefferson is] supposed to be one of the best high schools in America,” rising freshman Bomi Shin said But if it’s a lottery, then the students who actually deserve to go to TJ aren’t being selected, in a way.”

The TJ Alumni Action Group, which was established in 2017, published a report that supported the admissions revisions proposed by FCPS Superintendent Dr. Brabrand on Sep. 15, 2020, while the Coalition for TJ, made up of parents and other community members, later filed a lawsuit to prevent the School Board from going through with the approved revisions.

The School Board decided to have Brabrand rework this proposal after a town hall in which community members expressed strong opinions both for and against the lottery system. They approved the Superintendent’s new system of holistic review for the class of 2025 admissions cycle on Dec. 17, and made applications available on Feb. 1. The deadline for students to accept or decline offers is Jul. 7. When Sharma saw that she was accepted, she didn’t believe it at first.

“I really love science, and [Jefferson] is for people who otherwise wouldn’t get the chance to explore a lot of science,” Sharma said. “I’m excited to start school in the fall.”