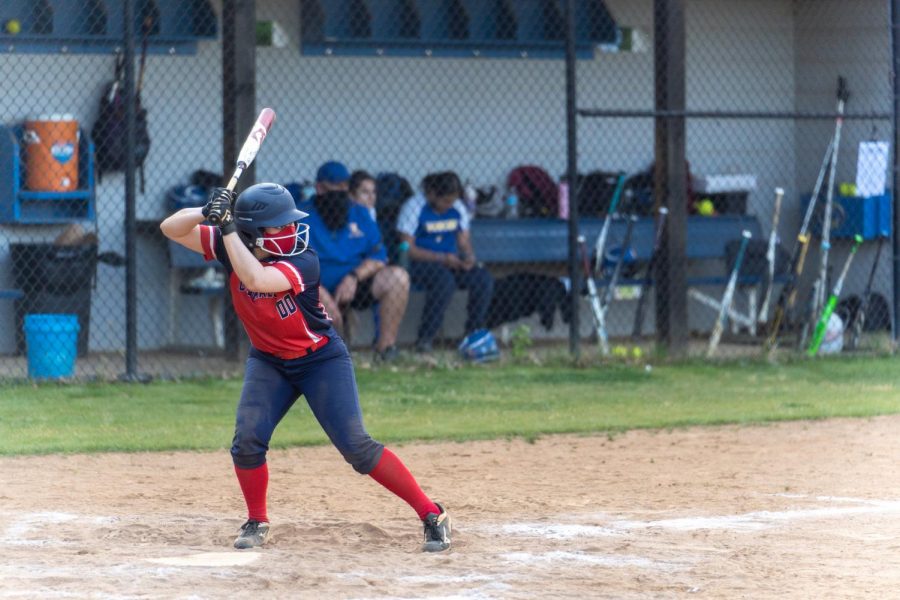 Jefferson’s softball team defeated the Lewis Lancers with a score of 14 to 3. Senior Senna Keesing attributes this win to a shift in strategy. “The game before the last game, the pitcher was pitching balls that we could hit easily but we were waiting for her to come to us when really we should have been going to the ball and trying to hit it wherever and that really cost us in terms of runs. So on Friday our approach was to be really aggressive,” Keesing said.

On Friday, May 16, the Jefferson varsity softball team went up against Lewis and won with a final score of 14 to 3.

“We started off strong. Our first inning we got eight runs, and then we just continued that momentum throughout the game,” junior and shortstop player Michelle Boisvert said.

The Colonials’ victory is attributed in part to the change in strategy.

“We did do a little bit more bunting than we used to do, and we tried to do more aggressive base running and work on that,” Boisvert said.

Jefferson’s more aggressive way of playing led them to gather up more runs than Lewis.

“I think every single one of us got at least one or two solid hits during that game,” senior and first base player Senna Keesing said. “That’s why we were racking up the runs so quickly—because we were just hitting the pitcher’s stuff out of the park.”

In addition to each player getting at least one or two solid hits, they collectively managed to hold off Lewis until the last inning.

“There were multiple times when the bases were loaded and we didn’t have any outs and we still managed to stop them from scoring by getting three outs in a row every time,” Keesing said.

Besides playing well as a whole, there were some other highlights of the game.

“One of the sophomores, Riley Cooper—she got an out of the park home run which I think was really cool to see,” Boisvert said.

Jefferson’s players have grown their skills as individuals, but have also grown closer as a team in the process.

“I think our team this year has meshed in a really great way. Even though we only have 10 players, I think that means we’re closer together,” Keesing said. “Having so few people has actually helped us because we know that we’re the last line of defense, [so] if any one of us gets injured we just won’t be able to play, and I think that makes us work a lot harder.”