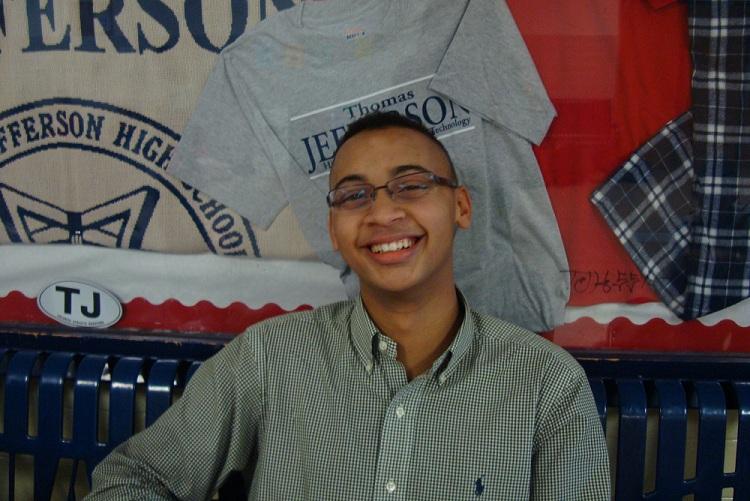 With a bright smile and joyful eyes, sophomore Joe Broom shared his moment of being chosen a finalist for the National YoungArts Foundation.

“It was the greatest surprise ever,” Broom said.

Broom’s achievement was initially reported in the Vienna SunGazette from a press release by the foundation.

As a finalist, Broom will be participating in YoungArts Week, a week-long program established by the National YoungArts Foundation to encourage young performers and artists to follow their passion and choose a career related to arts. Broom will be taking master classes from Jan. 6 to Jan. 12 as a euphonium player in Miami.

“It will be a chance for me to meet people who are just like me,” Broom said.

In his application, Broom sent recordings of various classical pieces, such as Mozart’s Bassoon Concerto and Boccalari’s “Fantasia di Concerto”. After competing with 10,000 players, Broom was chosen as one of the 151 finalists.

After deciding to play the euphonium in fifth grade, Broom was given numerous recognitions for his talent in music, including being accepted to the Youth Fellowship Program held by the National Symphony Orchestra.

“Euphonium has a unique and sweet sound that is very beautiful,” Broom said.

Broom also shared that music is a form of art that continuously alters and changes.

“When I play, I always experiment with music. Music always changes, and nothing stays the same,” Broom said.