Mahanoy School District v. B.L.: What does it mean for students’ free speech? 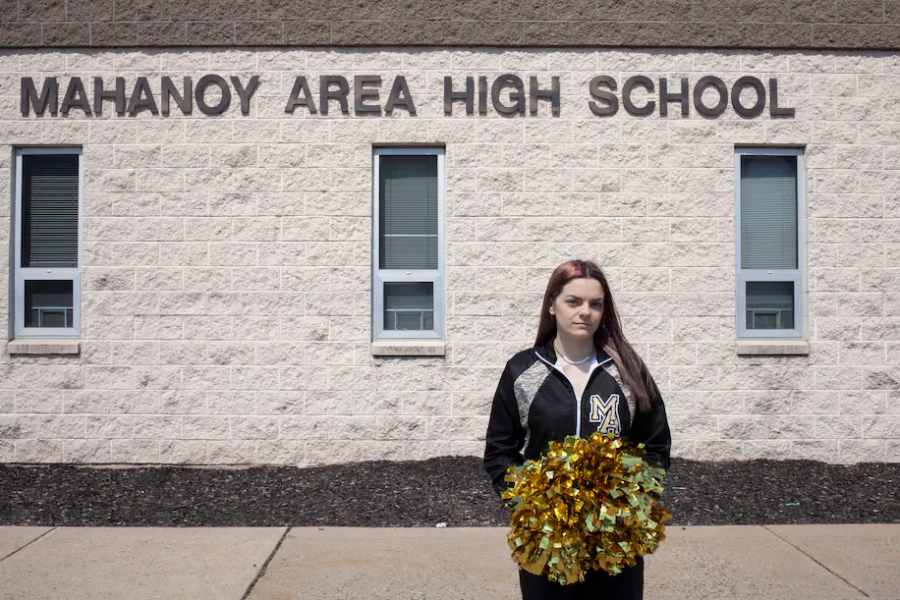 B.L., the appellee at the center of the Supreme Court case Mahanoy School District v. B.L., stands outside her school in Pennsylvania.

Most teenagers nowadays have access to the internet and social media, and a lot of them would admit to posting something that they regretted. But what if they could be punished by their schools because of it? The right to freedom of speech and what it protects is one of the most debated and divisive pieces of the Constitution, and nowhere has this freedom been more up for interpretation than in schools. Previous Supreme Court cases like Tinker v. Des Moines Independent Community School District (1961) and Bethel School District No. 403 v. Fraser (1986) have dealt with certain aspects of free speech in schools, but Mahanoy Area School District v. B.L. tackles an issue that is much more modern and closer to home for many students: what is said online outside of school property.

Since overarching nationwide court cases pertaining to student rights don’t come to the Supreme Court very often, it is possible that the verdict coming out of Mahanoy Area School District v. B.L. could set a precedent for such cases for a long time. Whatever the verdict, it will profoundly impact the freedom of speech for all students. To recap, a student, Brandi Levy (B.L.), shared an expletive-filled post on her Snapchat, directed at her high school and its athletic teams after she felt that she unjustly made the junior varsity instead of varsity for cheerleading. As it happened, a student reported the post to the school, and B.L. was removed from the cheer team. Following this, B.L.’s parents filed a lawsuit against the school with the support of the American Civil Liberties Union (ACLU). After several appeals, the case has made its way up to the Supreme Court.

What is posted on the internet stays on the internet, and as a result, children nowadays are taught to be careful of what they post, lest it harm them later. But a lot of that is aimed at the possibility of losing opportunities for higher education, employment, or general respect as a consequence of posting something questionable online. B.L.’s case extends that potential to current education, and if the Supreme Court sides with the Mahanoy School District, that could radically change the perception of speech in schools. By ruling in favor of the school district, the Supreme Court could widen the debate of school speech from student newspapers, protests, and disruptions in school to anything students do out of school and especially online that the school sees unfit.

Sure, some things that students do online may directly impact the school or its students, and should be handled as such. Threats made against the school or its students, cyberbullying, or disrupting order by wreaking havoc on online systems are things that undoubtedly “cause substantial disruption or material interference” (from Tinker) in the school environment. Those sorts of actions should not be protected. But saying that a school or school district can punish students for insulting it online opens up a huge slippery slope, and the implications of such restrictions could be uncontrollable and cause many more problems in the future. A student’s constitutional right to the freedom of speech does not stop at the schoolhouse gate, so why should it be affected outside of school either?