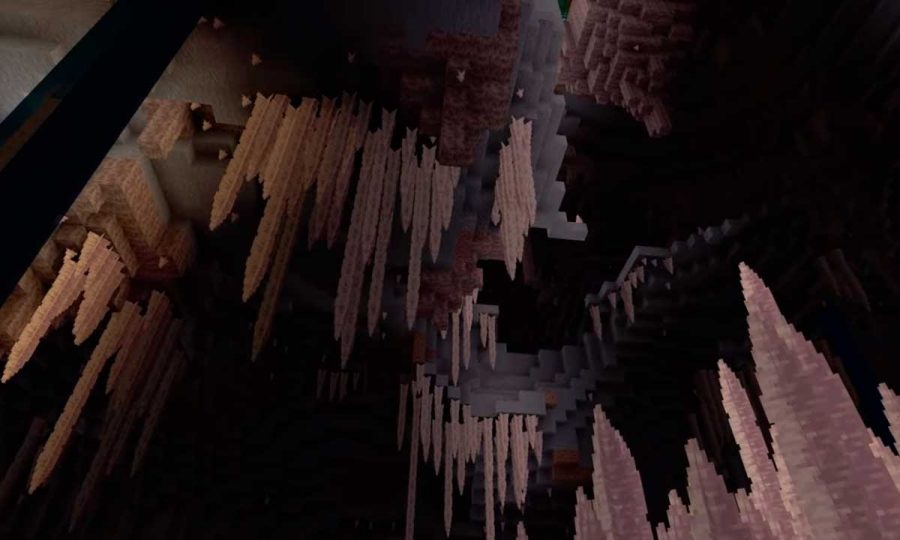 A rework of Minecraft’s cave system will be the only update arriving this summer. The other part of 1.17, the mountains update, will be coming during the holiday season.

As of Apr. 14, the Minecraft 1.17 Caves and Cliffs update was reorganized into two parts: the Caves update and the Cliffs update. The first part will be released in the summer, while the second part is expected to be released around the holiday season.

Minecraft, an open world exploration and building game, is the most popular game in the world. It has even more players than Tetris. The caves and cliffs updates involve a change to the Minecraft cave and mountain terrain generation to a more lifelike version of their real world counterparts and new elements and animals like copper and axolotls. Mojang, the company that develops Minecraft, explained in an announcement that the reasons for this split are quality control, team health, and other technical challenges.

Although students are disappointed in the wait, they also recognize the potential necessity of this delay.

“I am somewhat disappointed, since I was hoping that I could start my very first Minecraft world with the new world generation entirely throughout, rather than having to wait until November or December to start a new world or load new chunks in existing worlds to experience the new generation,” sophomore Dante Valencia said.

Others are happy that Minecraft is working hard to solve issues and make gameplay better overall.

“If the developers feel the need for more time to make these updates better and less buggy, I completely understand,” freshman Neil Agrawal said.

One popular video game, Cyberpunk 2077, sported some performance issues and other assorted problems due to an early release.

“I am not really disappointed that [the Minecraft 1.17 update]was delayed, rather I think it is a good thing. After the incident with Cyberpunk 2077, I think that a later release date is miles better than an incomplete game,” senior Timothy Palamarchuk said.

Although students will now have to wait another year, the delay has done nothing to lessen their excitement about the revolutionary update.

“I think that a cave system rework was necessary for a while, especially after playing games like Terraria where mining is much more flushed out and interesting. I thought Minecraft needed something more interesting for just grinding,” Palamarchuk said.

Minecraft’s developers have attempted ambitious projects like this in the past – in upgrading the Nether, the ocean, and more diverse biomes – yet the scale of this project sets it apart from the other updates. There has been a lot of anticipation for this update from Minecraft’s player community, and although players will have to wait one more year, many think that it will be worth the wait.

“I’m sort of [disappointed], but I’m just happy if Mojang can get us a good update, as I see there were a lot of issues with the current snapshots. We’ve been waiting for a cave update for years and I’d really like to see it live up to the hype,” senior Allen Nguyen said.