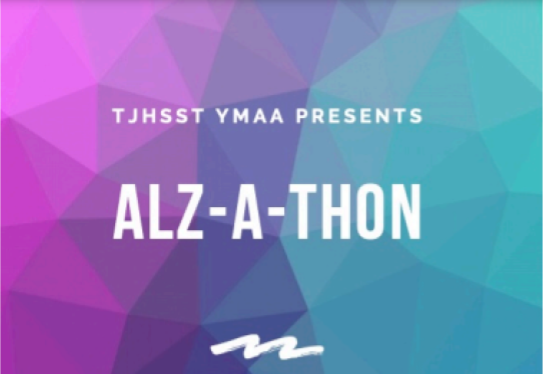 Flyers like the one above were used in getting the word out about the Alz-a-thon, in which students had the opportunity to devise a product or service in response to Alzheimer’s.

On Apr. 9-10, the Youth Movement Against Alzheimer’s at TJHSST (YMAA TJHSST) held the “Alz-a-thon”, a 24-hour competition for students to come up with a creative solution that “simplifies or caters to a specific aspect of Alzheimer’s.” Participants competed in groups of two to four, and at the end of the 24-hour period, they were assigned a time to present a ten minute pitch to a panel of judges.

Nandini Shyamala, a sophomore and president of the club, hopes to use the club to spread awareness about Alzheimer’s at TJ and encourage people to get involved.

“The purpose of the Alz-a-thon is to engage middle and high schoolers around the area in Alzheimer’s awareness and get them thinking and understand exactly how big the issue at hand is,” Shyamala said.

In addition to being a fun competition for students, senior Andrew Zhang, the director of fundraising, saw the competition as a good opportunity to increase Alzheimer’s awareness. In order to obtain sponsors, the club reached out to many companies and organizations ahead of time.

“We also looked for organizations to donate [to with] any additional money we had left from the fundraising, and ultimately decided on the Tacy Foundation, a non-profit organization that brings the healing and joy of music to disadvantaged youth, hospital patients, military, and elderly,” Zhang said.

Zhang thought that the participants were quite competitive, and it seemed that students spent a lot of time polishing their ideas.

“A group pitched Memorii Glasses, which were wearable glasses that could recognize the surroundings of the wearer and notify them of any important information, such as route directions or display the names of people you recognize.”

“My teammate and I decided to respond to the prompt by providing an easily accessible caretaker rental system – similar to Uber and Airbnb. I used React and [JavaScript] to design a mock website which would allow clients with Alzheimer’s to choose a caretaker for a certain time period with full access to their qualifications and services provided,” Young said.

Besides having fun, Young learned a lot from about care for people with Alzheimer’s from experience.

Fifty students participated in the event, around half from TJ and half from other schools in the DC, Maryland, and Virginia area. Because of the success of the event, Shyamala is already thinking about the club’s future.

“We plan on doing this event annually. Our next big thing as of now is becoming an official TJ 8th period and maybe organizing a walk to end Alzheimer’s at TJ,” Shymala said.