“Ginny and Georgia”: A review 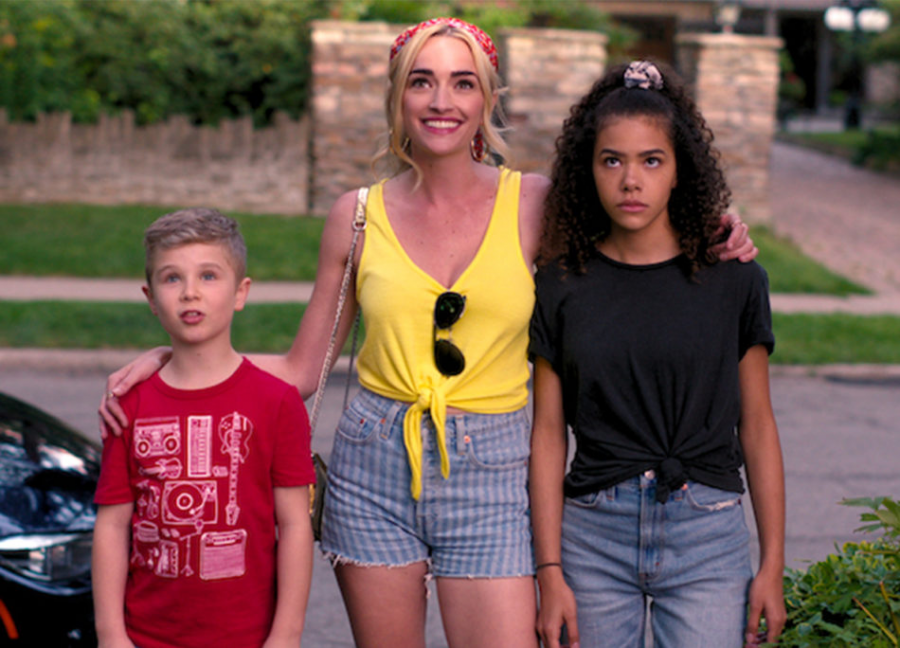 Georgia Miller (Brianne Howey), with her two kids, Ginny on the right (Antonia Gentry), and Austin (Diesel La Torraca) to her left, starting out their journey on their first day in Wellsbury. As a fast-paced TV show, “Ginny and Georgia” covers the family’s highs and lows throughout their time in the small town they later come to know and love.

Warning: This review includes spoilers. Read at your own discretion.

I haven’t found that kind of show for a while. Until Netflix’s new original “Ginny and Georgia.”

Words cannot describe the ability of the actors in this show and the phenomenal scripting. To many, this show may be over the top, or overboard — but for a drama lover like myself, it’s perfect. It’s fast-paced, it’s entertaining, and there’s always something happening. Personally, I have a habit of skipping through shows I watch. If there’s a lengthy talking scene, I’ll skip it; if there’s a character I dislike, I’ll skip it. I don’t believe I skipped a single second of Ginny and Georgia, and that’s a first.

Let’s start with a character breakdown. In this show, Ginny (played by Antonia Gentry) and Georgia Miller (played by Brianne Howey) are the leads (obviously, by the title). Georgia, previously known as Mary Atkins, is a mother of two: Ginny and her little brother, Austin (Diesel La Torraca). Georgia is a very two-sided character. In the general public’s eye, she is a charming and somewhat flirtatious Southern woman. However, behind her cutesy Southern accent, lies a ruthless killer who’s done all sorts of terrible things, from shooting her abusive step-dad to murdering people for her own good. Georgia, while somewhat likable at times, has proven to be a character that not all audiences enjoy — while her charm puts her in favor, her killing and downright evilness makes others shudder.

Next is Ginny. Ginny starts off as the new girl: someone who’s moved around a lot and hasn’t really had friends due to her constantly changing lifestyle. When she moves into Welsbury, she finally finds a group of friends to hang out with. Ginny is mostly quite a likable character; she often puts others above herself and tends to try to be her best person. Unfortunately, she is a teenager, so of course, she has the occasional temper tantrum or mental breakdown.

In this first season, both Ginny and Georgia find love in multiple people. For Ginny, it’s in her best friend Maxine’s (Sara Waisglass) twin, Marcus (Felix Mallard), and her boyfriend, Hunter (Mason Temple), who she ends up cheating on with Marcus. For Georgia, it’s the hot Welsbury mayor, Paul (Scott Porter), along with Zion (Nathan Mitchel), Ginny’s father. In addition, there’s romantic tension between Georgia and another character, bartender Joe (Raymond Ablack), which has led many fans to ship them and hope that in a potential second season, they will end up together.

This show is remarkably relatable despite many of the watchers likely being vastly different from the characters in the show. Each individual has a personality trait that everyone can find a part of themselves in, whether it’s Ginny being a hormonal teenager, or Georgia falling for so many people at once.

However, the show has received somewhat mixed reviews from the audience. While for a while it was consistently topping the Netflix watch list (which led me to watch it originally), it only has a 68% rating on Rotten Tomatoes and has experienced a bit of controversy.

In a scene with Ginny and her boyfriend Hunter, Hunter uses the term “Oppression Olympics,” to describe a lengthy fight they had about who was less privileged. This comment sparked outrage on Twitter, as did other comments made throughout the series, such as insulting big stars like Taylor Swift, who tweeted in response: “Hey Ginny & Georgia, 2010 called and it wants its lazy, deeply sexist joke back.”

While this show has its fair share of issues, I still think it’s a show worth watching. For lovers of fast-paced shows that delve into every genre — murder, romance, mystery, and more — this is the show for you.