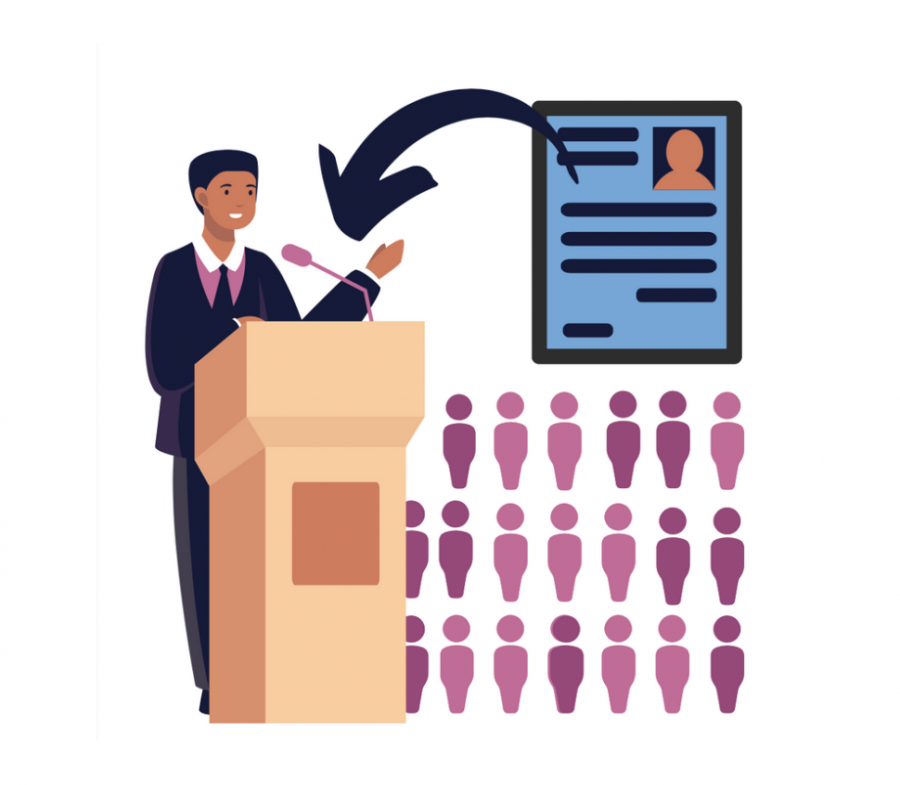 The FCPS student representative advises the school board on decisions including programs and grading policies, such as the recent change in the grading policy. “[T]he school board rep gives us recommendations based on...what they're seeing is being done on the school board side. For example, the first thing that comes to mind is that [they] brought to us the idea of making it so that seniors’ scores on final exams won't affect them that much,” Ji said.

Applications through a Google form will be due April 7.The following step for those applying for the student representative position is to attend an online meeting on April 26 where the Student Advisory Council (SAC) will choose a representative.

“Now that our year is over on the advocacy side… next meeting, we’ll be selecting next year’s student rep who comes to every meeting, and they just update us on what’s going on on the school board side of things,” SGA vice president and senior Tiffany Ji said.

The Student Advisory Council is made up of student delegates from across the county.

“TJ SGA officers go to Student Advisory Council meetings every month where we meet with other student government representatives from high schools across the county. There, the student rep updates us on current school board plans and asks for our input,” SGA secretary and senior Jordan Lee said.

A few student board representatives in the past have been from Jefferson, including Laura Chu for the 2016-2017 school year and Niharika Vattikonda for the 2017-18 school year.

“We’ve had several student board reps, two in the past seven years, from TJ, but they normally don’t focus on TJ specific issues,” Ji said. “After all, TJ is only a small part of the county and they’re focusing on policies that improve the county as a whole.”

The student representative will need to advocate for the almost two hundred thousand students in FCPS.

“They will look for someone [who] is willing to hear the voices of students and dedicate their time to understanding them and weighing the costs and benefits of different ideas,” Lee said. “They’ll also need to mediate between the school board and the student body.”

The representative has the opportunity to change student policy by advising the school board, a responsibility that is important to the position.

“Some qualities I think a lot of delegates are looking for are just someone who has really great ideas that are really solid and actionable… a good speaker, who is confident and passionate about what they’re saying,” Ji said. “Someone who is just a charismatic person, and they think would represent us well.”