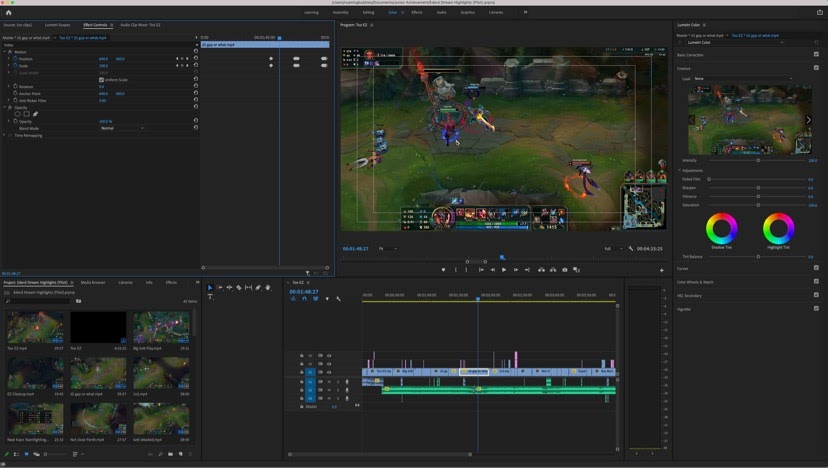 Jefferson’s newly established club Studio Finish held its first meeting on Friday, March 12 during A Block. Studio Finish aims to teach students about video editing and have them collaborate on projects.

“We’re focused on teaching students how to create their own videos and projects related to visual media,” junior Andrew Zhou, who co-founded the club, said. “The club in general is just a chill place where people can work on their projects and learn how to present media.”

After a crash course on the basics, Studio Finish plans on exploring many facets of video editing such as audio engineering, special effects, green screens, stop motion, film techniques, and more. The club hopes to provide a comfortable environment where students can learn and work together.

“It’s going to be more of a collaborative group,” co-founder junior David Hu said. “Each week or two, we’ll give a prompt, like stop motion, and then everybody can work on that prompt. And then at the end of the week, we’ll share videos, give some criticism, and just have a good time.”

The idea for Studio Finish began after Hu’s unplanned but insightful experience in Computers and Art, a course he took in middle school.

“[Computers and Art] taught video editing and computer design graphics,” Hu said. “It was a really great class and you didn’t need to know anything, and you came out of there knowing a lot. I found that I applied the stuff that I learned in the class so many times, like in school projects. I remember my friends and I were sitting around the computer at my house working on the school project, adding all sorts of meme edits. It was a really good experience, and I really wanted to share that with TJ because I felt like it meant a lot to me. So I wanted to share it with other people in case it could help them a lot, too.”

When Zhou and Hu reached high school, they saw that there were many clubs at Jefferson, varying from art clubs to STEM clubs. What Jefferson didn’t offer, however, was a club dedicated to creating and editing videos.

“We were looking at the list of clubs on Ion, and we saw clubs like Awesome Association and Film Society,” Zhou said. “These clubs were mainly focused on watching movies and videos and talking about them, but didn’t offer hands-on experience and actually making your own videos and movies. So we thought it would be really cool to offer that opportunity.”

Studio Finish hopes to welcome all kinds of students with their varying levels of expertise in video editing.

This unique club has attracted many students who already edit videos or who are just interested in learning how to edit, with a full house and a turn-out of forty people.

“I’m interested in video editing, media, and things like that, so I wanted to learn how to do it,” freshman Anya Dutta said. “Studio Finish seems like it’s going to be helpful for people that want to learn how to edit videos.”

Video editing is a useful skill in many ways, whether it be for a school project, branding in entrepreneurship, or a way to express yourself. Studio Finish intends to help students explore this art that is present all around us.

“If you look at the world around us, there’s a lot of visual media, like YouTube and TV,” Zhou said. “All the advertisements you see on there are visual media. So I think learning video editing will give students access to this world.”