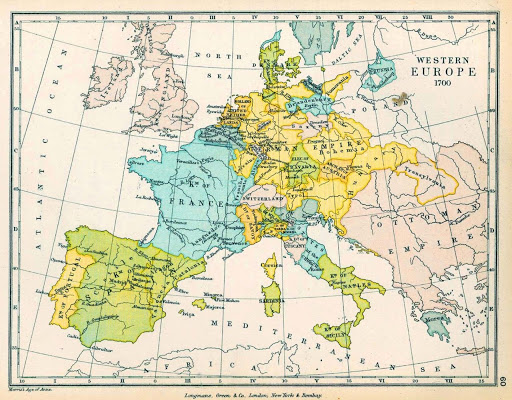 European history has impacted the formation of the Americas, and is the major driving force of change for much of American history. However, there is no active class at Jefferson to explain the workings of solely European history, even if world history includes a lot of European history.

Advanced Placement (AP) European History was a course offered at Jefferson until a lack of students signing up for the course caused the administration to discontinue the class. In the past few years, a couple of students signed up for the class, but counselors reassigned them to other history classes or alternative course requests.

“My understanding is that AP Euro has never been taken off the course offerings. Low enrollment is the reason why the course has not run the last several years,” Haywon Yi, World History and Geography II and Ancient Civilizations teacher, said.

Even if there’s a definite interest in the course, there has been no unified front to start it again. The petition to bring back AP European History began with creator Brian Zhou’s thoughts about potentially starting up the course again by getting students interested to join together.

“When we had to submit course requests, I recalled how Euro was offered in the past, so I decided to start a petition to see how much interest we could get for Euro just by making it more known to everyone at TJ,” freshman Brian Zhou said.

There is a base of students that do indeed wish to take the course. On a Facebook poll, 25 people have responded in favor of the petition.

“I think there’s a lot of people who have tried to take the course, and who really want to, but the problem is that after they try as a rising sophomore and are told that the class hasn’t been around for years, some just don’t try again, and it’s really unfortunate that that’s the case,” Zhou said.

Still, the petition may have a hard time gaining more ground and making a change, because finding people with the fortitude to take an additional AP history class is a challenging task.

“I think it’s a great idea for people that enjoy learning history, but not everyone has the time in their schedule for an extra AP history class. It depends completely on the person,” sophomore Jerry Sheng said.

Still, the interest in this course among Jefferson students is definitely strong, and if enough people unite with a goal in mind to bring back AP European History, then it very well may happen.

“I’ve really wanted to take [AP European History] going into TJ, and it’s always been at the front of my mind. I really enjoy history, because I think that it’s a really interesting subject and we can learn so much about the present by learning from the past, [AP European History] [especially] because it’s had a huge impact on our everyday lives, shaping Western culture and thought,” Zhou said.