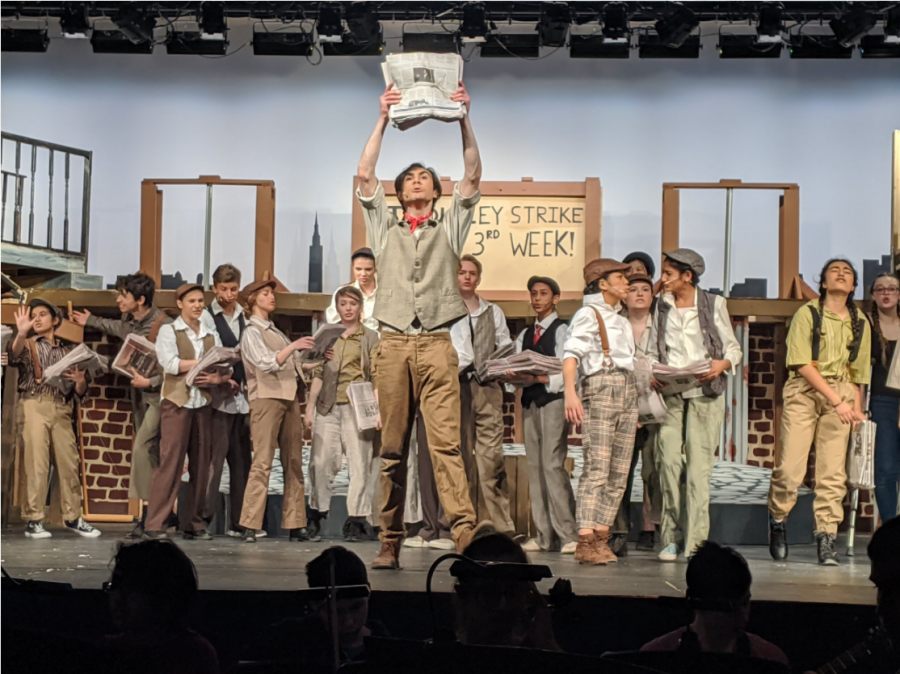 A moment captured during the school's only performance of the spring musical, Newsies. Senior Shruthi Rajesh worked on this musical for months, and was saddened by its cancellation after only one performance.