The pandemic: Reflections of a year gone by 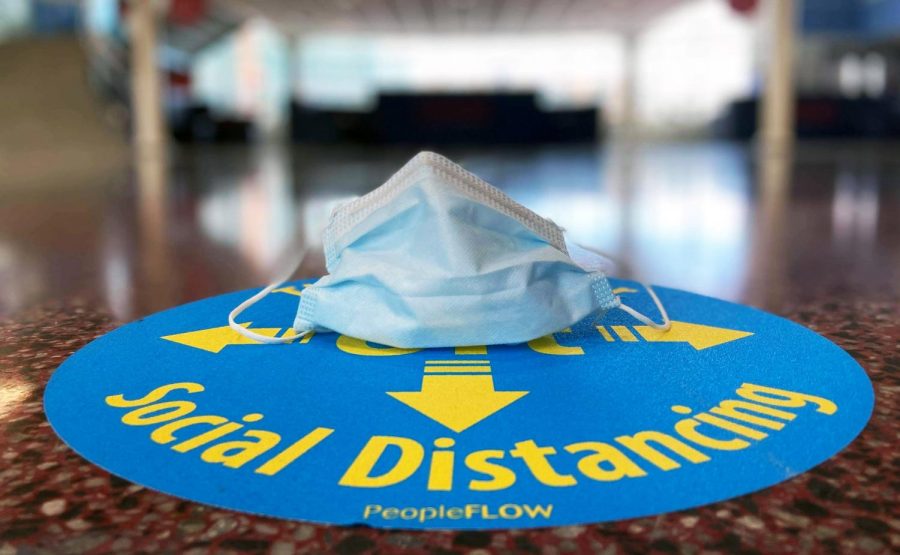 A mask lies on the floor in an empty Nobel Commons. After FCPS announced the closure of all schools, Jefferson remained empty for nearly a year before students began to return.

In her other hand, Bonitatibus holds the microphone connected to the school’s PA system as she relays what Zuluaga just told her: FCPS will be open on Friday, March 13.

A few hours later, during the intermission of the first performance of Jefferson’s spring musical, Newsies, a notification from FCPS announced that all schools would now be closed on Friday, March 13, and all activity must cease immediately.

While the show was allowed to finish, the Jefferson building would then remain closed to students for nearly a year. For members of the Jefferson community, March 12 and the days afterward represented the beginning of a year-long period like no other. To reflect on the one-year anniversary of this day, tjTODAY spoke with Jefferson students and teachers to find out the moment they realized COVID-19 would significantly change their life.