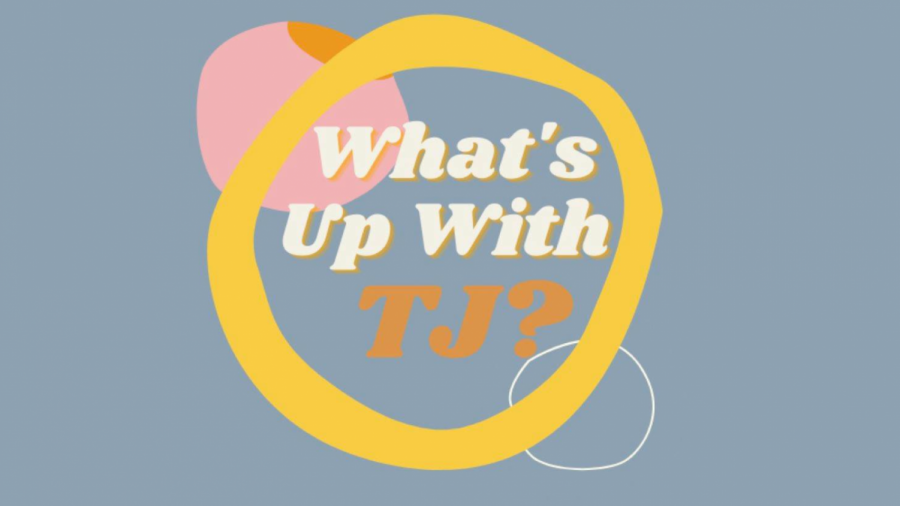 The up and coming podcast, “What’s Up With TJ?,” explores the current events in the Jefferson community. “It's a big commitment for me and the guests on my show. However, it's definitely something I want to do throughout all four years of my career in high school because it's fun. I feel like I'm really helping people who are in need as well as people who just want to vent,” freshman Ebba Cha said.

Already off to a promising start, the TJTV Podcast Network presents a new podcast– “What’s Up With TJ?”– which is scheduled to be released in early March. Hosted by freshman Ebba Cha, the anticipated podcast will consist of a series of episodes that discuss Jefferson’s latest happenings.

“It’s basically about everything that’s happening at TJ. For example, current events that don’t necessarily have to relate to new clubs or new activities, but rather concerns that TJ students are facing. So, through the podcast, I wanted to introduce people to new ideas and topics. My goal is to let people have a safe place to talk about their concerns,” Cha said.

Additionally, in order to collect the information she needs, Cha released an ongoing Google Forms on Feb. 18 that asked for responses surrounding the question of how students are feeling.

“My idea is to use the Google Forms that people filled out when I posted it in the TJHSST Facebook group. My podcast is going to revolve around those responses because I want it to be a topic of interest that most people like. Then, I’m most likely going to contact either a teacher or a student as a guest for the episode,” Cha said. “I feel like it might be good to have more than one person be talking.”

Moreover, the anonymity of the Google Forms responses plays a key role in the success of the production. Cha hopes that the anonymous nature of the form will encourage more students to fill out the survey. As a result, she received over 30 responses in the span of ten days.

“I realized that a lot of people aren’t willing to open up to you if it’s not anonymous. I was really inspired by the TJ Vents Facebook page, and I realized that a lot of people were opening up because the submissions were anonymous,” Cha said.
Furthermore, the podcast aims to create a deeper feeling of belonging for students during this year’s virtual learning environment. Not only are the episodes directed towards students, but Jefferson’s staff members are also a part of the target audience.

“Especially right now, I feel like what’s really important is that sense of community and family between students, staff members, and teachers amongst TJ. “What’s Up With TJ?” will definitely be one step forward to having a better sense of community within the school. So, not just focusing on learning in academics, but focusing on how our students are actually feeling about school,” Cha said.

Using the responses from her ongoing survey as well as her experience as a Jefferson student, Cha expressed what she expects the podcast to accomplish.

“Something I noticed so far is that most students are worried about course selections, summer school, and stuff like that. I really hope this podcast– with its episodes– is going to be helpful for students who are super indecisive and don’t have a lot of people to discuss what they want to do and how they’re going to execute it,” Cha said.

Compared to other podcasts, “What’s Up With TJ?” will maintain a more conversational tone. Additionally, the podcast’s main focus will not be on advice, but rather on how students are feeling in the moment. Cha plans to create a non-judgemental safe space with her podcast.

“I wanted this podcast to be less like a talk show and more of talking about your thoughts and how you’re feeling at the moment. Rather than just telling the listeners what to do, I wanted to focus on how they’re doing and their thought process,” Cha said. “I wanted to take a little bit of a different approach for these episodes.”