52 years since Tinker, how far have we come? 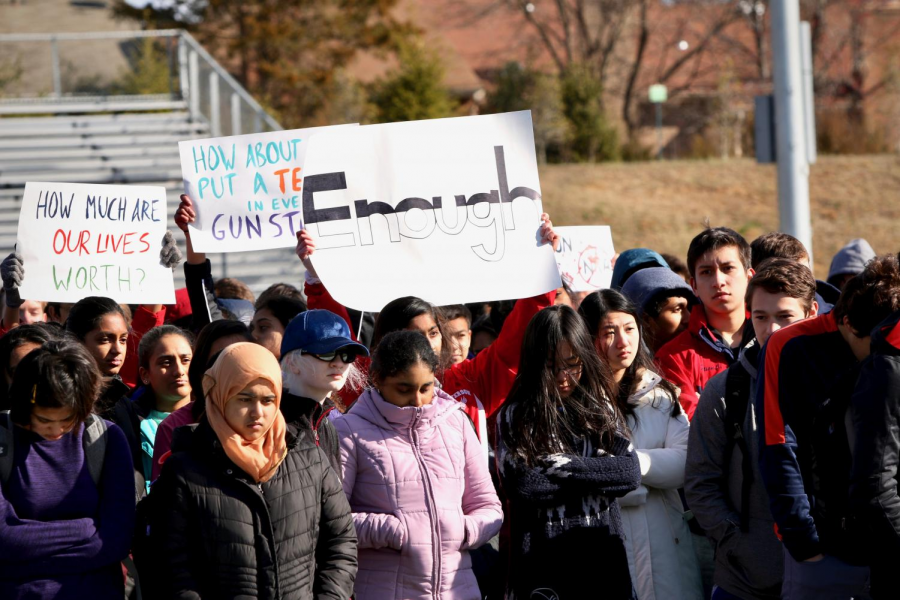 Jefferson students participate in a walkout for gun control during school on March 14, 2018. Their rights to free speech and assembly were protected by the 1969 Tinker v. Des Moines ruling.

On Feb. 24, 1969, the Supreme Court handed out its ruling for one of the most important legal cases in US history: Tinker v. Des Moines. After several teens were suspended for wearing armbands to school in Des Moines, Iowa as a form of symbolic protest, the students’ subsequent lawsuit ended up in front of the nine justices following appeals to the decisions of both the District and Appellate Courts. Regarding the question of whether First Amendment protections of free speech and expression extend to public school students, the Supreme Court ruled 7-2 that they, in fact, did. In his majority opinion, Justice Abe Fortas stated that neither teachers nor students “shed their constitutional rights to freedom of speech or expression at the schoolhouse gate,” setting an important precedent concerning First Amendment protections.

The ramifications from the case are ingrained into 21st-century school policies, which must abide by the standards set by this ruling. Termed the Tinker Test, school administrators must prove that any expression they wish to ban will cause significant disruption to school operations. Otherwise, students are free to exercise free speech. For example, administrators cannot punish a student for wearing a pro-LGBT shirt or a pro-life armband since carrying a controversial message isn’t enough to qualify as a substantial disruption. FCPS guarantees protection for these freedoms and has incorporated them into the Student Rights and Responsibilities (SR&R), which states that “students have the right to express themselves through speech, assembly, distributing literature, and other ways.” Over 800 Jefferson students invoked these First Amendment rights to participate in the Enough! National School Walkout for gun control in the wake of the Parkland school shooting in Feb. 2018. At Jefferson, most school administrators and teachers were supportive of students’ rights to speech and assembly, going out of their way to adjust the bell schedule that day to help prevent disciplinary repercussions for tardiness.

FCPS has continued to take steps to cement these protections since then; in Dec. 2019, School Board member Ryan McElveen announced a policy that would allow FCPS students one excused absence per school year to partake in “civic engagement activities.” According to McElveen, no school district in the nation had such a policy in place at the time of enactment. While students would need to submit a form explaining their absence, obtain parental permission, and check-in at their school campus at least once during the day, they would not need an administrator’s approval for the absence. Crucially, any reviews of these absences would have to be handled by a regional assistant superintendent to prevent administrators from blocking students’ activities.

“There is no strong definition of a ‘civic engagement’ activity,” McElveen said. “I think we have to be careful not to pick and choose activities.”

However, there’s still much work to be done to protect students’ First Amendment freedoms on school grounds. While great strides have been made (exemplified by the FCPS Civic Engagement policy), some protections are lacking. One such protection is student press freedom, which was restricted in the 1998 Hazelwood v. Kuhlmeier decision. Essentially, it gave administrators the ability to censor student publications as they see fit through a policy known as prior review, severely undermining First Amendment protections of student press publications. While legislation in the Virginia legislature (HB36, SB80) extended these protections to college students and their advisors, high school students were cut out from the final version of HB36 that passed in April 2020. Thankfully, tjTODAY has a relatively high degree of independence since, for the most part, Jefferson administrators have maintained a respectful decision to refrain from exercising prior review.

Although a half-century has passed since the Tinker decision, student rights at public schools around the country are still regularly undermined. As such, the fight for its protection is still ongoing, whether it’s through activities such as lobbying for New Voices legislation or by simply exercising existing ones by knowing your rights.