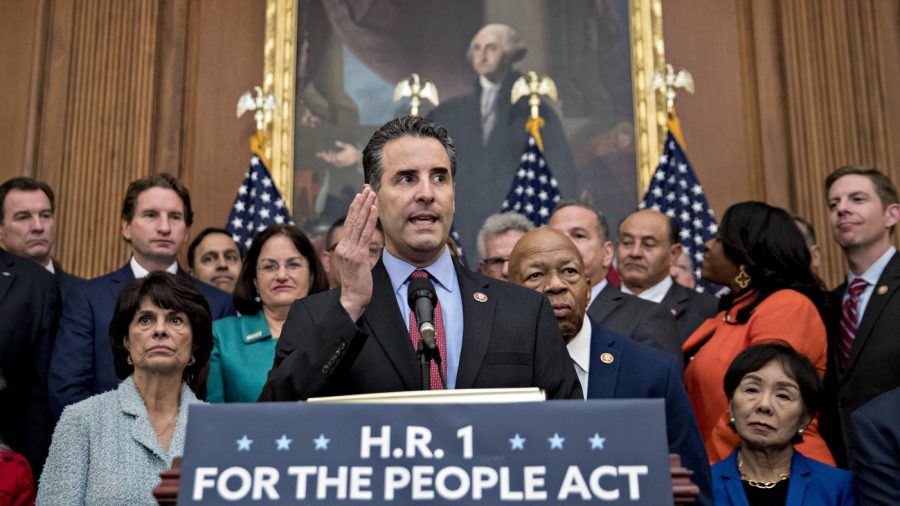 On Friday, Feb. 26, the Jefferson branch of Un-PAC hosted their kick-off meeting. Un-PAC is a national organization dedicated to helping young students become involved in politics, especially in regards to democracy reform. Their current main goal is to support the passage of the For The People Act, which is a bill that aims to increase voting rights and change campaign finance laws to limit the influence of money in political campaigns.

Senior Julia Yang is the student organizer for the new Un-PAC branch at Jefferson and shared the significance of its aims in the community.

“Young people, historically, haven’t been super involved in politics, and we often don’t have super high expectations for the government,” Yang said. “But I think that kind of [apathetic] perspective is a mistake because… whether or not you yourself are interested in politics, it’s always going to find some way to affect you.”

The For The People act has three main goals: to make the government more accountable, expand voting rights, and reform campaign finance. The bill specifically aims to end gerrymandering and tighten rules on PACs, which are organizations that raise funds for campaigns. Many times politicians feel pressured to vote for laws that PACs which donated to their campaign support. The bill will also fortify ethics laws and expand early voting and voting by mail.

“We, as a nation, have always touted the importance of democracy both within our nation and to other countries, so it’s pretty hypocritical for us not to have a true democracy ourselves because…a lot of the time elected legislators are more beholden to corporations and lobbyists that are bankrolling their campaign than they are to the actual people who they’re representing,” Yang said.

Members of the organization use a number of strategies to try and pass the bill, such as participating in national petitions, community education, and pressure tactics, which includes repeatedly emailing or calling politicians to urge them to vote for the bill.

“The [Un-PAC] meeting is just to take collective action together, and do all those pressure tactics like social media, calling, tweeting, emailing,” Yang said. ”In the short term, it does kind of seem low-impact, but honestly every little bit helps, and it’s really underestimated, the degree to which even just a call to your legislator can help.”

The organization does not meet during eighth period, but you can find their Facebook group for the TJHSST branch of Un-PAC here, and the interest form for joining the group can be found here.

“I think this feeling of getting involved… is really rewarding and something that can really impact your outlook on the world and give you a deeper look into how the political process works,” Yang said.