“Crime Scene: The Vanishing at the Cecil Hotel” (2021): How documentaries lie to you

Why the colon? “Vanishing at the Cecil Hotel” works just fine! 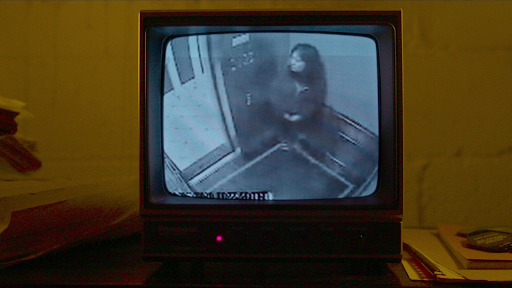 The last footage of Elisa Lam on a CRT television set.

I think true crime documentaries are at the point where you don’t really even have to try anymore. People are so obsessed with getting their fix of all of the latest sex cults, mysterious disappearances, and grisly murders that in order to keep up with the demand, the supply gets worn a bit thin. The crimes get less interesting, the runtimes are padded with filler, and the criteria for letting people get the spotlight gets less and less, well… credible. Nothing exemplifies this more in recent memory than the loathsome docu-series “Crime Scene”, colon, “The Vanishing at the Cecil Hotel”.

The titular vanishing of the series is that of Elisa Lam. Her story is undoubtedly tragic, but in the end, there’s no mystery. In short, Elisa was a woman with bipolar disorder who visited the Cecil Hotel. Since she wasn’t taking the proper dosage of her medication, she had an episode, crawled into the water tank at the top of the hotel, and drowned. It’s a terrible misfortune, but again, it’s not mysterious. Of course, unless you’re a manipulative documentarian in need of a quick paycheck, in which case you’re free to go nuts. While the series’ presentation is slick and flashy in all the ways you’d expect it to be, the way it works is sort of insidious in that for the majority of the runtime, it has seemingly no interest in actually telling you the truth of the case.

“Crime Scene”, ugh, “The Vanishing at the Cecil Hotel” is at its worst when it goes on detours. There are the less obnoxious pit stops, of course, like the explanations of the hotel’s storied past and the surrounding area’s poverty problem. Those are tedious, sure, but they could be argued to add context. The worst detours, however, take a wrong turn and start barrelling straight towards a cliff, where they fly off and land in a pit of horrifying conspiracy theorist iguanas. These detours are the ones where the series takes the reins away from the experts and witnesses involved in the crime and gives them to YouTubers, “Web Sleuths”, and all manner of other contemptuous internet dirtbags who each have their own take on Ms. Lam’s tragic disappearance. What’s worse is that this hoard of Peeping Toms and knitting circle members is that they aren’t just given two seconds of spotlight, they’re given legitimacy.

So how could “Crime Scene”, *sigh*, “The Vanishing at the Cecil Hotel” possibly pass off the kinds of people who say Elisa’s death was a conspiracy to give the homeless population of California tuberculosis as legitimate? Well, it’s through the editor’s most basic trick in the book: montage. Just for clarification, when I refer to montage, I’m not referring to this sort of montage, but rather the basic philosophy which has ruled editing for the past century. Put simply, montage states that whenever you cut between two images, you create meaning. For example, let’s take two shots:

Wait a second, the man in the first shot’s completely changed, hasn’t he? Now, instead of a man mourning his wife’s death, he’s a creep! But, I’m sure you’ve noticed that nothing’s changed about the man’s blank expression. The cut created the meaning there, despite there not being anything inherently suggestive about either of these shots. That’s montage!

So what does that have to do with our documentary? Well, let’s say you have a series of interviews with people of ranging expertise and credibility, and you want to cram them all into the same documentary. Let’s even go so far as to say that some of these people are complete nutcases who shouldn’t be on late night reality TV, much less in a serious true crime series. How do you make them seem credible? Through montage, of course! Whenever the series wants to make you believe some of the more unscrupulous guests, here’s how they’ll introduce them. Instead of putting them front and center, they’ll sandwich them between two people with credibility. Now, since you’ve cut to and from credible sources, the edit gives these people the illusion of authority, and will thus often trick you. This kind of thing happens so often in this show (and in most other documentaries with dubious sources) mostly because there really isn’t anything interesting about Lam’s case. This means that the only way to draw the show out into a miniseries is by highlighting the views of nutcases who aren’t actually important to the case.

“Crime Scene”, *retch*, “The Vanishing at the Cecil Hotel” is an already dull documentary series which is made all the more contemptible by its needless sensationalization of a cut-and-dry case because of a provocative piece of security footage. It’s honestly shocking to me that something this patently manipulative and idiotic could be released to a streaming platform as big as Netflix. Skip it. But if you’re interested in a true crime documentary that will actually make you feel something, may I suggest “Dear Zachary: A Letter to a Son About His Father” (2008)? It’s another colon movie, I know, but it’s good. The film follows a documentarian making a film for the titular Zachary about how his mother killed his father. It’s heart wrenching, impeccably made, and will probably make you question the worth of humanity. Watch it on Amazon Prime!